The Mustard White occurs throughout northern Wisconsin, but becomes increasingly less common to the south. The larval stages feed on a variety of plants from the mustard family, but unlike the Cabbage White, which feeds on domesticated plants, the Mustard White feeds mainly on native species. In central Wisconsin, it is most common in areas where Watercress grows.

Above, this species is a plain white butterfly with no dark spots. Below, the summer form is solid white, but the spring form has darked veins beneath and often has a yellowish tinge to the hindwing and forewing tip.

A very worn Cabbage White may have very faded dark spots and markings and be mistaken for a Mustard White. The West Virginia White is also very similar, but has very diffused, lighter veining on the hindwing below, and rarely has a yellowish tinge to the hindwing below.

Mainly moist woodlands where a variety of species of mustards, their host plants, occur.

This species has two broods. The first flies in late April through early June, and the second flies through July and early August.

Found throughout the northern half of the state; less common farther south. This species can become fairly abundant where it is found. 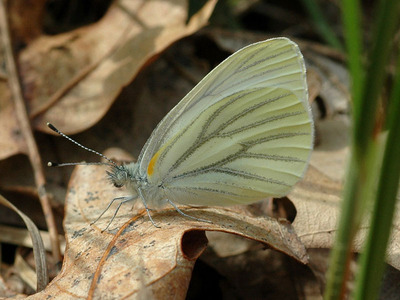 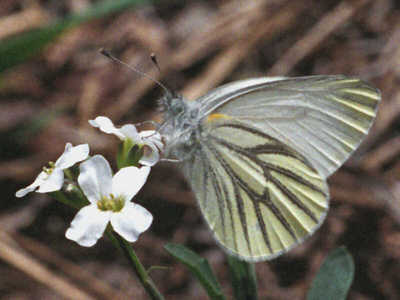 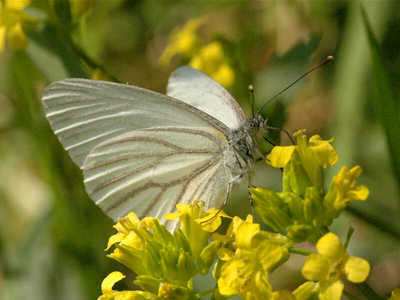 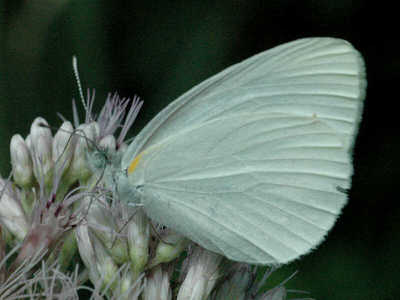 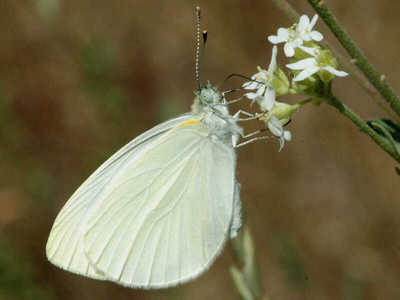 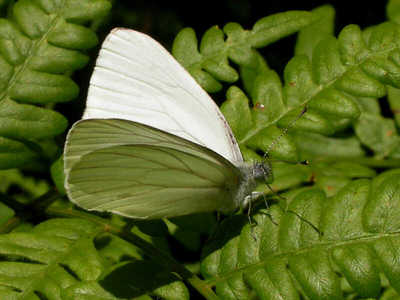