It is always a pleasure to see the first individuals of this species, low to the ground, slowly working their way through the woods in late May or early June. This species is often still present in the July NABA counts, and so seems to announce the beginning of the summertime species.

Above, a brown butterfly, smaller than the Eyed and Appalachian Browns, with two prominent eyespots on the forewing and on the hindwing, usually one or two eyespots on the male and two on the female. In addition, there may be an additional smaller spot near the body.

None in Wisconsin, although a beginner may have some confusion with the Northern Pearly-eye and the Appalachian and Eyed Browns. These other species are larger, found later in the season, and usually are stronger fliers compared to the Little Wood-Satyr’s slow methodical flight, low through the woods.

A variety of woodland habitats including wooded fence rows and disturbed habitats.

One brood form late May to early June through early August.

At its peak this species may be abundant, with over 100 individuals not an infrequent count total. 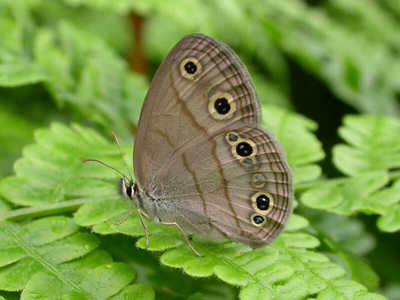 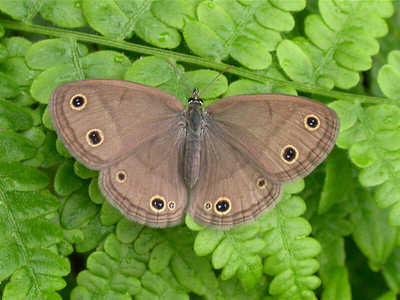 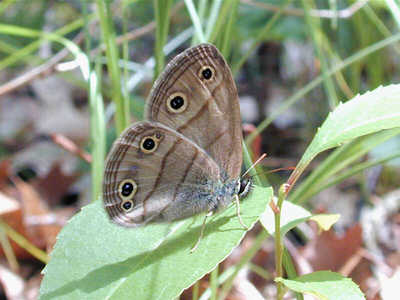 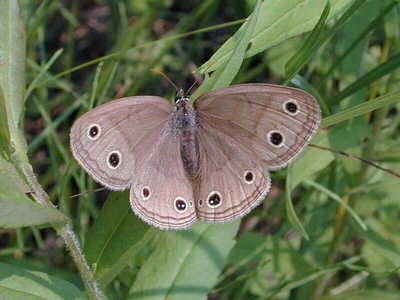 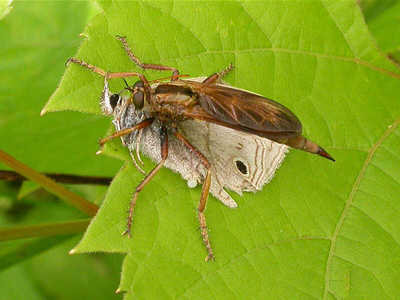