This species was first discovered in Wisconsin in 1961 in Burnett County. When Ebner’s Butterflies of Wisconsin (1970) was written, the 1961 record was the only record of this species in Wisconsin. It has since been recorded from 33 counties, mainly in the northern half of the state, but is apparently increasing its range south in Wisconsin, just as it has in the eastern United States.

In June 2009, I was leading a field trip to Comstock Bog in Marquette County when one flew past me. It may have seemed strange to have the trip leader just take off alone, following the butterfly through the bog, but I followed it quickly in my hip boots about 75 yards through the bog until it landed and I got a very good look. Unfortunately, I had decided not to take my own camera so I wouldn’t get distracted while leading the trip, but I never expected to see this species. For most people the highlighst of the trip were the Elfin Skimmer dragonflies and the linear-leaved sundew, but for me the highlight was the unexpected Common Ringlet.

Below, the hindwing is an orange color that is mainly covered by white scales. These scales are also present also on the forewing but only at the apex. Towards the body the orange color can usually be seen. At the apex of the forewing is usually an eyespot.

Kaufman’s Butterflies of North America points out the large geographical variation of this species, and there is some variation in Wisconsin individuals even within the same locality. We have seen individuals with the eyespot lacking and occasionally the entire butterfly from below appears much darker. While in flight, this butterfly looks somewhat light orange.

Mainly a single brood from late May to August. Michigan Butterflies & Skippers Mogens Nielsen lists this as having a partial second brood, and it does have two broods in the east.

This species is becoming more common in Wisconsin, but is not normally seen in large numbers. Nevertheless, it may become fairly abundant in an area, and seeing over 100 individuals in a day is possible. 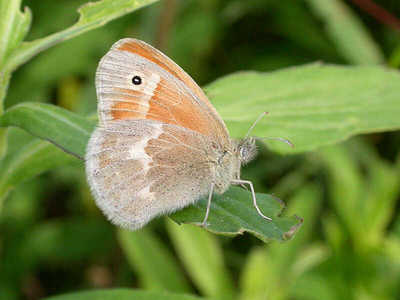 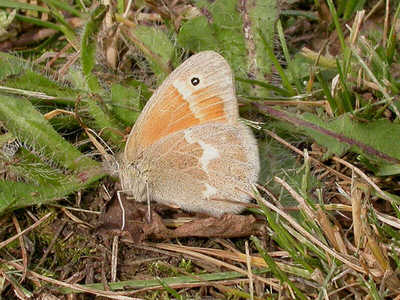 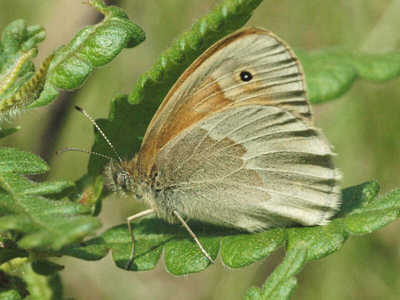 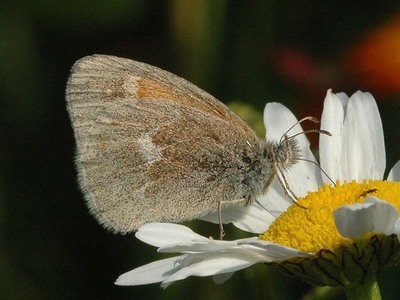