This is by far the most common butterfly in the state on a regular basis. From 2004-2007 they were seen on all but one North American Butterfly Association (NABA) count, and an average of more than 1000 butterflies per year were observed during these counts. At Jersey Flats in the Northern Kettle Moraine Forest, more than 200 of this species are seen a regular basis. Unlike the Monarchs and other showy butterflies, this species is not seen far from its natural habitat, and its lack of color makes it less conspicuous than other butterfly species.

Grasslands and open fields near woodlands. Prairie restorations are often hot spots for this species.

One brood from late June and often into early September.

This is the most abundant of the satyrs in Wisconsin and is to be expected throughout the state in July. 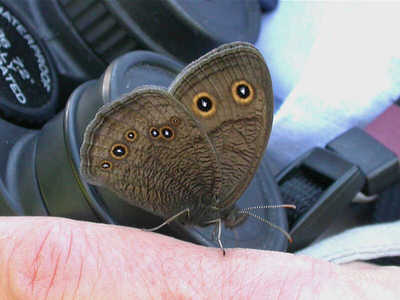 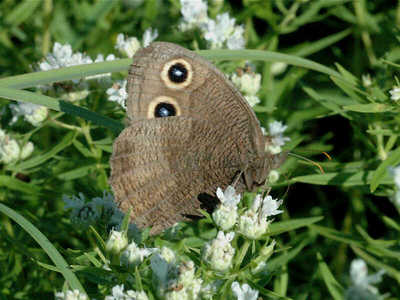 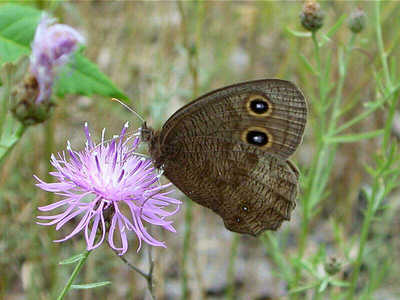 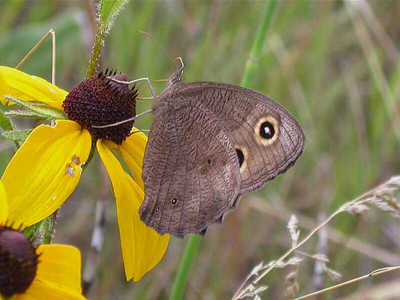 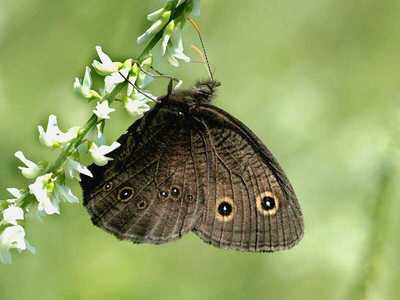