This is a spring butterfly of the far north that I finally was able to see and photograph in 2008. Although it is found throughout the northern counties, the short flight period of this butterfly and the limited distribution in Wisconsin makes it a difficult butterfly to observe. David Bratley of Washburn, WI reports seeing it regularly each year in Bayfield County. He commented very accurately that in flight this species looks very much like a Meadow Fritillary, with which it might be flying; I could easily see how someone might not even notice this species if both were present.

Below, the hindwing is a mottled dark brown with a various shades of white. In the forewing there may be some lighter orange color and a small eyespot. Above, this species is orange with two to four eyespots on the forewing and at least one small one on the hindwing. Some individuals of the Chryxus Arctic have much more obvious darker bands. The one distinctive characteristic is the median line on the forewing below that has a pointed extension towards under the eyespot. This is not present on the other Arctics.

As noted above, since it looks somewhat light orange in flight, it may be mistaken for a small Fritillary on the wing.

One brood from mid-May to mid-June.

This species can become somewhat abundant where found, but its flight period is not very long in any one area. 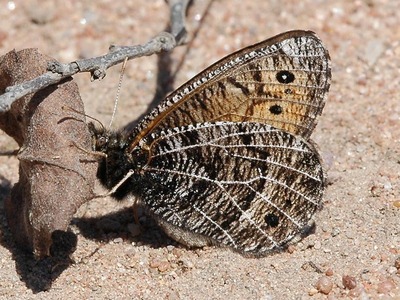 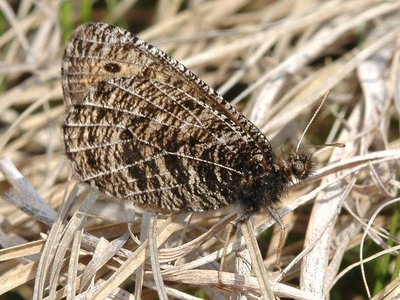 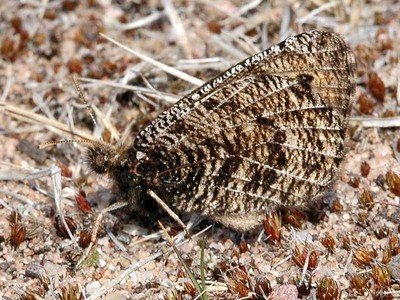 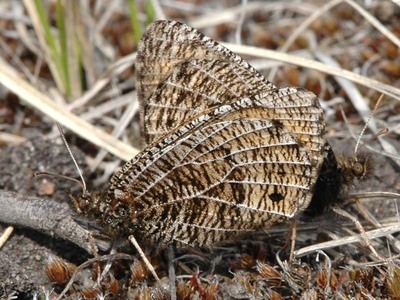