The West Virginia White is an uncommon butterfly in Wisconsin very similar to the Mustard White. In fact, the two species were once thought to be the same species, so it is not surprising that they would be hard to differentiate. Ebner (1970) noted that “accurate determinations of the West Virginia White often require the assistance of Pierid specialists.”

I encountered this difficulty myself in 2006, when I posted photographs of what I believed to be West Virginia Whites. Upon reviewing my photos that winter, I realized I had misidentified them, and they were actually photographs of Mustard Whites.

Above, this butterfly is plain white butterfly with no dark spots. Below, it has light gray, somewhat diffuse, scaling of the veins beneath, and no yellow tinge to the hindwing below.

Cabbage Whites that are worn may have very faded dark spots and markings, but the Cabbage White does not show obvious darkened veins below. The main difference between this species and the Mustard White is that in the spring, the West Virginia White has lighter, grayish, and somewhat diffuse scaling of the veins, and the background coloration of the West Virginia White below is white, whereas the coloration of the Mustard White is usually somewhat yellowish, with definitely more prominent, darkened veins. (see photo of the spring Mustard White).

Woodlands where its larvae host, toothworts, grow. Near Ada Lake in Langlade County, both species of toothworts are present.

One brood, May to early June.

Not commonly encountered in Wisconsin, but may become fairly abundant where seen. 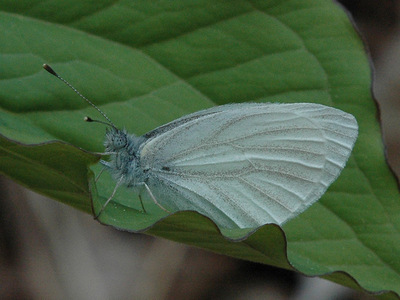 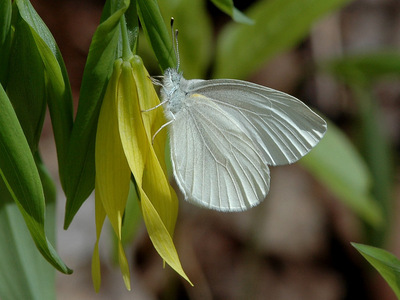 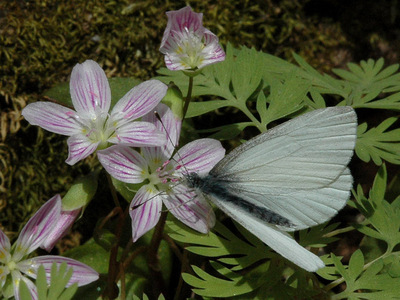 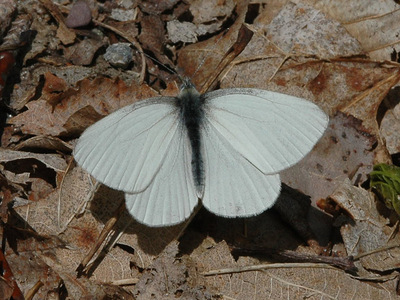 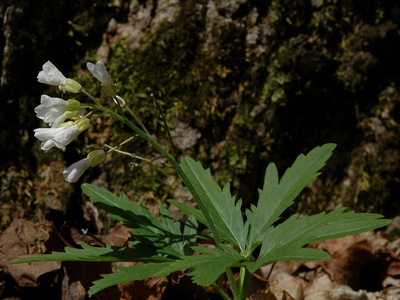 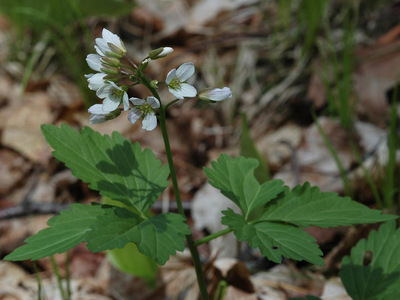 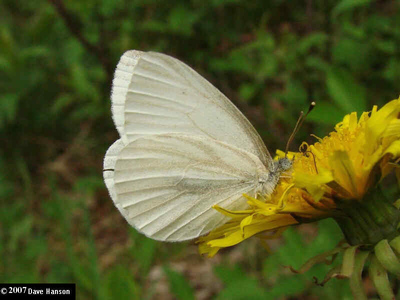