The Monarch is found throughout Wisconsin and is one of the most recognized and widely distributed butterflies in North America. Monarchs migrate north into Wisconsin in May. Wisconsin has several generations, with the last generation migrating to Mexico. Large numbers of these butterflies may be seen at night roosting together during this migration. These large groups are most common along Lake Michigan or the Wisconsin and Mississippi Rivers.

A large butterfly, mainly orange with black wing veins and margins, with two rows of white spots in the black margins. The Monarch is much lighter below on the hindwing, and males have a scent patch — a dark spot along the vein — in the center of the hindwing.

In Wisconsin, the Viceroy is very similar in coloration and markings, but is smaller and has a dark line through the middle of the hindwing, crossing the veins. The Viceroy is the only butterfly likely to be confused with a Monarch.

During their migration they may be found anywhere, but they lay eggs on a variety of Milkweed plants, in both upland and lowlands, and can often be found along woodland edges where milkweeds are prevalent. The Monarch is very fond of nectaring on whatever is abundant and in flower at the time, so the best place to look for them is open areas with abundant nectar sources.

The Monarch has several broods in Wisconsin, with the final brood migrating to Mexico. It is found from mid-May to late October in southern Wisconsin.

The Monarch is found throughout the state, and undoubtedly can be found in every county. The numbers of this species often increase as the year goes on, and I have counted over 100 individuals on several occasions. 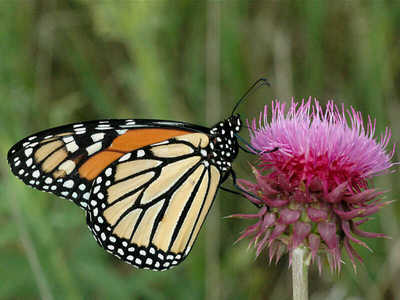 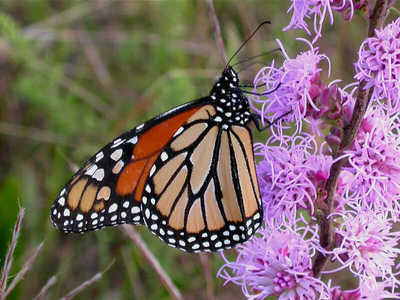 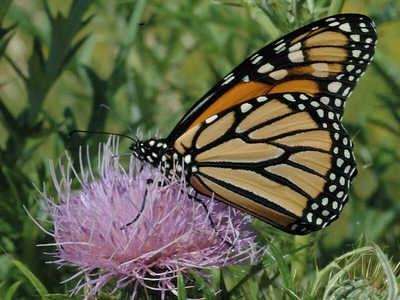 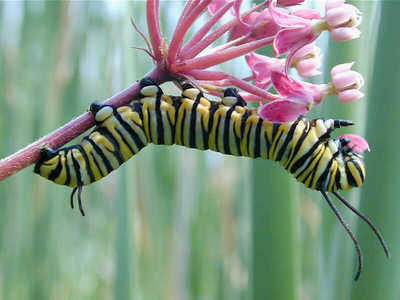 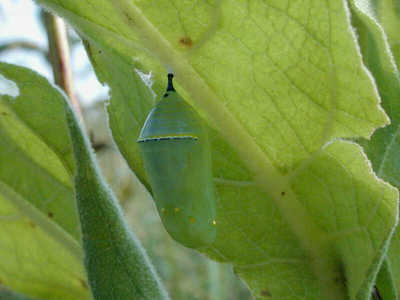 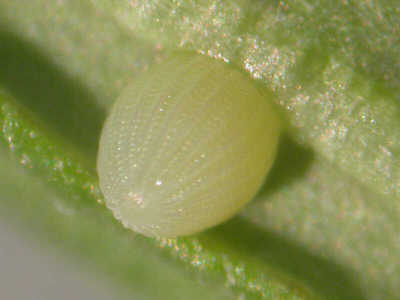