The Silver-spotted Skipper is one of the more common skippers in the southern two-thirds of the state. In Wisconsin wherever its main host plant, Black Locust (Robinia pseudoacacia) is found, this species is likely to be present. This tree is an invasive alien and once it is established, it forms large colonies.

Because of its distinctive silvery spot and large size, this species of easy to spot as it flits about, nectaring in a field.

The Silver-spotted Skipper is Wisconsin’s largest skipper. It is essentially a brown butterfly with a few white spots on the forewing above and an orangish band that cuts through the middle of the wing. Below, the species has a large silvery/white mark through the center of the hindwing that contrasts greatly with the brown color of the wing and which makes this species easy to identify, even from a distance.

Somewhat similar to the Hoary Edge Skipper, but the Hoary Edge is a rare stray to Wisconsin, is smaller, and doesn’t have a large silvery/white spot in the center of its hindwing below.

A wide variety of habitats including old fields, woodland edges, and gardens. It is fond of nectar and can be seen nectaring on a variety of flowers.

The first brood of this species is present in June and early July, with a second brood in late July and August, at least in the southern counties.

Common, but not usually seen in large numbers, and often seen singly. However, I have seen more than 50 of this species in one day on several occasions. 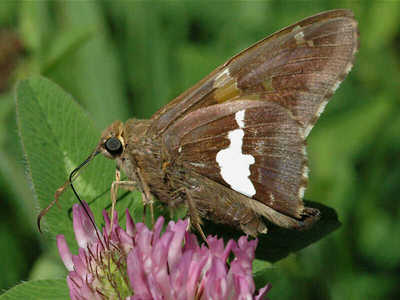 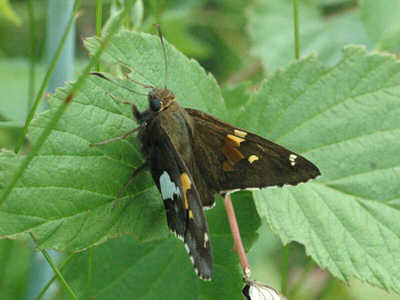 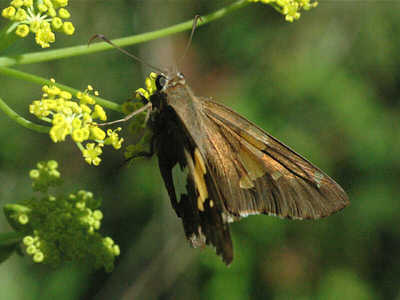 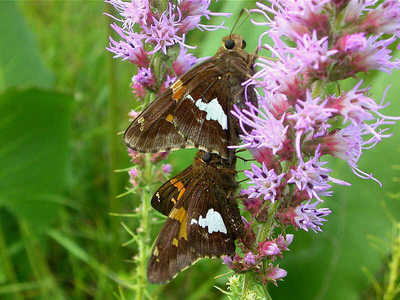