The Southern Cloudywing is essentially a more southern species, being found in sparingly in the southern half of the state. It has been recorded historically in Waushara County, where I live, but I have never seen it here myself.

I saw my first and only individual of this species in 2005 and was able to take the last two photos. It looks similar to a Northern Cloudywing as it flies, but the larger white spots throughout the wing are easily seen and makes this an easy skipper to identify.

A brownish skipper with white, aligned subapical spots and large spots arranged transversely through the middle of the forewing, the second and third of which are joined in an hourglass-shaped spot. The antenna has white at the bend, and the face is white or a light gray.

The Northern Cloudywing is similar, but has nonaligned subapical spots, all spots are smaller in size than the Southern Cloudywing, its antenna are not light-colored at the bend, and its face is dark.

One brood, late May to early July.

This species, like the Northern Cloudywing, is not usually found in large numbers, and one is more likely to see single individuals. 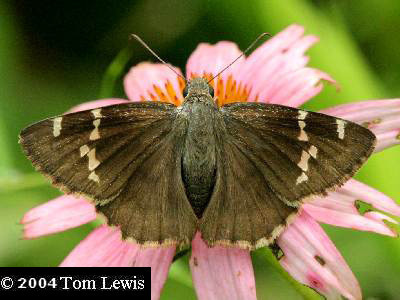 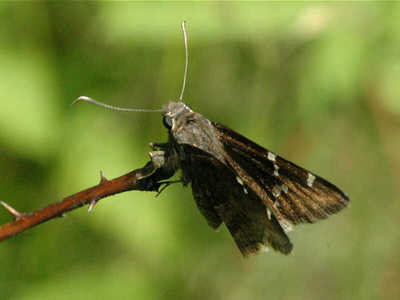 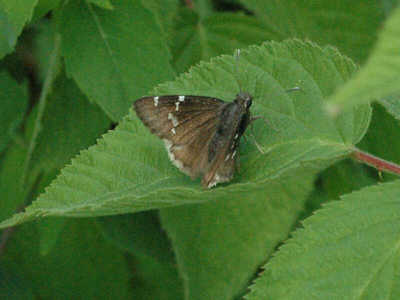