Nine species of Duskywings have been found in Wisconsin. From a distance of 20 yards, without binoculars, they are all essentially indistinguishable little black skippers. On closer inspection, the Dreamy and Sleepy can easily be distinguished from the others by a lack of white spots in the forewing. Technically this is incorrect, as the Dreamy Duskywing sometimes has a single white spot, which is lacking in the Sleepy Duskywing, although this doesn’t mean that these species are then easily distinguishable from each other. Looking at photos online of these two species has given me many headaches and provided much confusion. I am sure that there are numerous photos online and in books of these two species that have been misidentified, which is understandable given how these two species resemble each other. In fact, I am certain that I myself have misidentified these species, assuming that the ones in central Wisconsin were just Sleepy Duskywings as I really didn’t notice any size differences, and the habitats that I found them in were similar.

A small black skipper, usually described as without white apical spots in the forewing above, but that sometimes does have a single white spot, and which holds it wings spread straight out while at rest. Above, there is a postmedian band of dark markings. Below this species has two rows of light spots on both wings. This species is best described as it compares to the Sleepy Duskywing (see the discussion below).

In Wisconsin, this species should only be confused with the Sleepy Duskywing. In the field and in photographs these two species are very difficult to tell apart without experience with each species. Some differences include:

Dreamy Duskywings host plants are mainly willows and poplar in Wisconsin, and as such are often found in moister habitats than the Sleepy Duskywing. But they can be found, especially when they are nectaring, in many of the same drier habitats where Sleepy Duskywings are found. In several other states, they may also use oaks as a host plants, so more study is needed to see if they may use oak species in Wisconsin.

One brood. Usually flies slightly after the Sleepy Duskywing, but both species fly primarily during May and June. Both species have been observed in April and in July in Michigan.

Not usually seen in large numbers, and, like the Sleepy Duskywing, it is far more likely that you will see single individuals. However, they may become quite abundant in the far north of the state, where I have seen over 40 in a day. 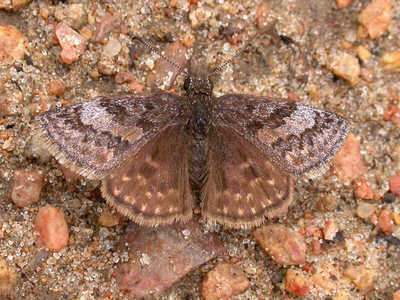 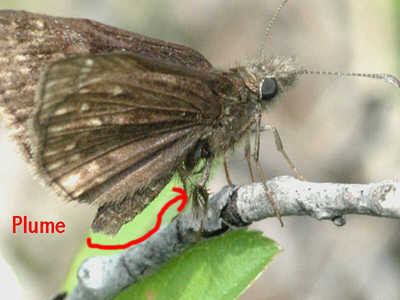 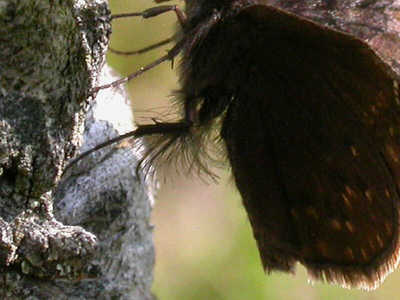 Notice the plume of hairs on the hind tibia 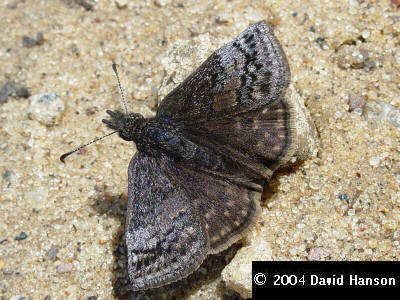 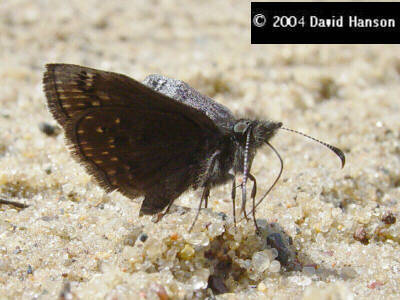 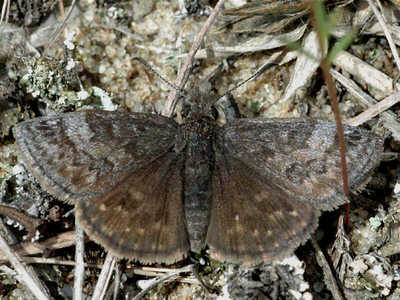