The Sleepy Duskywing is one of the earliest butterflies on the wing in the spring — besides species who overwinter as adults — and has been seen as early as April 9 in Michigan. In central Wisconsin, they are most often seen flying in May and become scarce in June.

This species and the Dreamy Duskywing are easily distinguished from the other Duskywings by the lack of white spots near the leading edge of the forewing above. I most often see this species flying with the Juvenal’s Duskywing, which is larger and has fairly large, offset white spots.

A black or dark brown skipper without white spots near the leading edge of the forewing, a postmedian band of lighter coloring surrounded by black markings that form an irregular chain-link pattern. This same pattern occurs as another band, not so distinct, closer towards the body. The hindwing above has two rows of light dots that are also present below.

One brood. Flies mainly in May and June, but may occasionally be seen in April and early July.

More common than the Dreamy Duskywing in the southern half of the state, but it is unlikely to see more than one or two in one location. 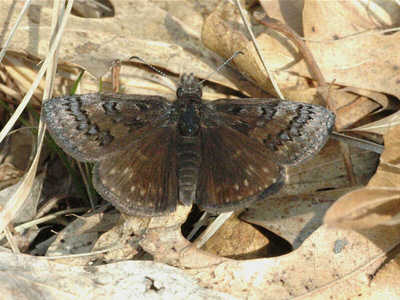 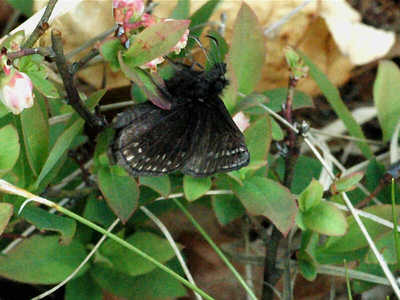 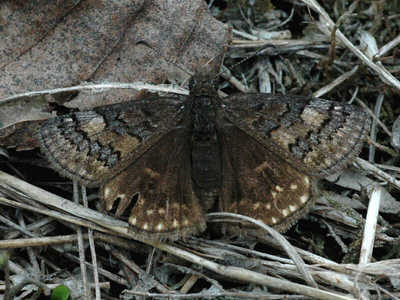