The Cabbage White was introduced into the United States in 1860 and spread rapidly throughout the country. It is currently a very common butterfly in Wisconsin. This butterfly feeds on members of the mustard family, which includes such common garden plants as broccoli, cabbage, and turnips.

A plain white butterfly with a solid, black front wing tip, and with either one spot (male) or two spots (female) on the front wing. The hind wing beneath is pale yellow.

Any open area with a variety of mustard species available for the larvae including gardens, old fields, and waysides.

At least three broods, overwintering as a chrysalis. They may be found from April through November throughout the state.

This species is very common throughout the state and may become very abundant, with hundreds and even thousands of individuals flying. 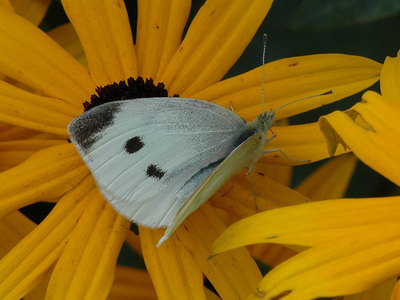 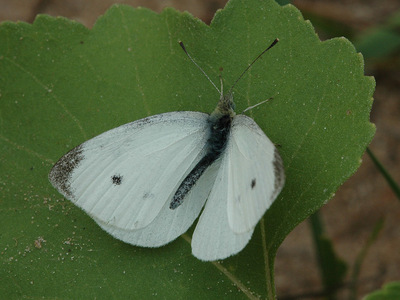 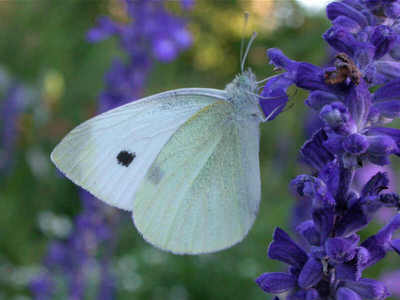 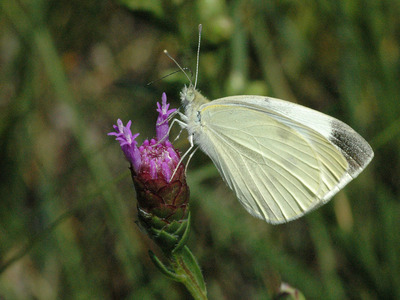