The Mottled Duskywing is not a common species throughout Wisconsin, despite its host plants — two species of New Jersey Tea, (Ceanothus americanus and Ceanothus herbaceous) — being found throughout most of Wisconsin. The Wisconsin DNR classifies it as a state species of special concern, and says that this species is common in Burnett and Douglas Counties but is uncommon elsewhere.

This species looks much like the other Duskywings with white hyaline (translucent) spots, but has v-shaped submarginal white marks and very contrasting dark markings, similar to the female Juvenal’s Duskywing. Above, the hind wing has brown spots that contrast with the background color and give the butterfly its mottled appearance. Fresh individuals may show a purple sheen in good light, but I have not been able to see this in any photos. The spring generation is usually smaller than the summer individuals.

Similar to several other Duskywings, including Wild Indigo Duskywing, Juvenal’s Duskywing, and Horace’s Duskywing. The Wild Indigo Duskywing flies at nearly the same time for both generations and could be mistaken at a distance, but they usually are much darker in the inner third of the wing, while the Mottled is not, clearly shows contrasting colors throughout the forewing above, and is definitely has a mottled hindwing. Both Horace’s and Juvenal’s females are more mottled and contrasting in the forewing, are usually larger, and also do not have a mottled hindwing.

Two broods. The first flies in May and early June and the second flies in July and early August.

Uncommon, and a species of special concern in Wisconsin. 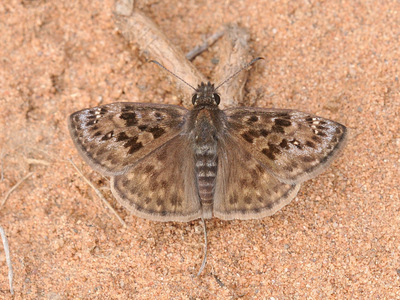 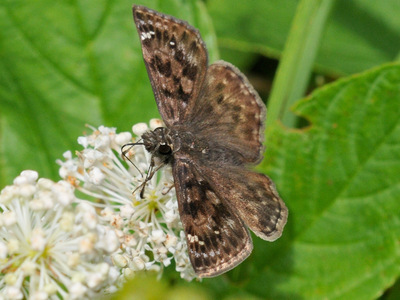 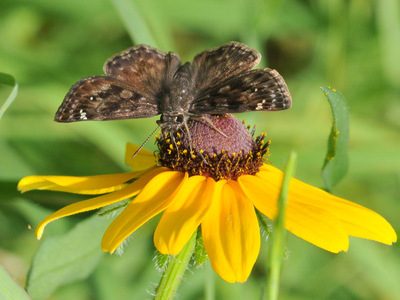 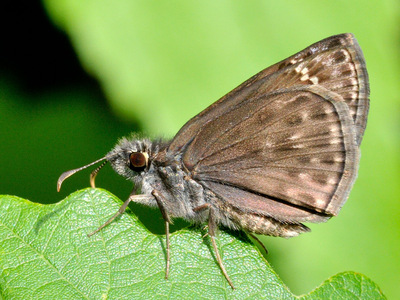 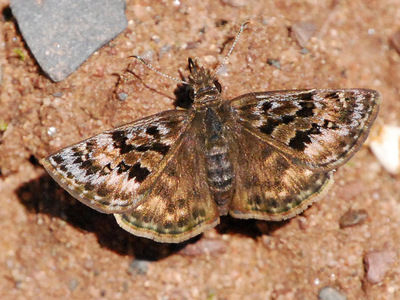 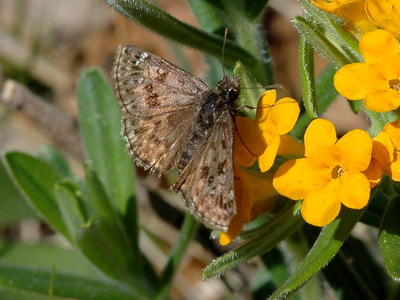 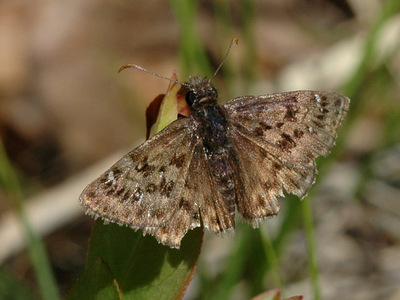