During an NABA count in 2002, David Hanson, Gary Krogman, Scott Mehus, and I saw a Duskywing as we were heading back to our cars. Dave Hanson, who was familiar with this species from Texas, identified it and we took many photos. This was the first record of a Funereal Duskywing from Wisconsin, and it was the farthest north this species had been seen except for one sighting in Northern Michigan. In 2007, I was amazed to see another individual of this species in Madison.

The only Duskywing that has been found in Wisconsin with a white fringe on its hindwing.

Found in a variety of open habitats. This species migrates north regularly each year, but rarely makes it as far north as Wisconsin. 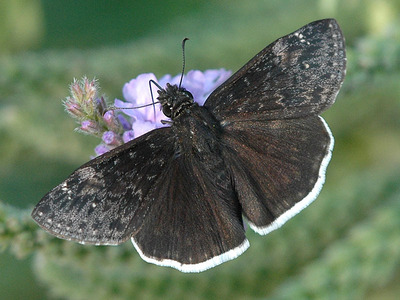 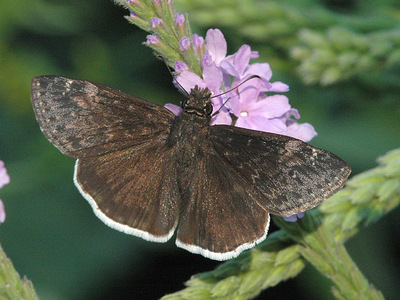 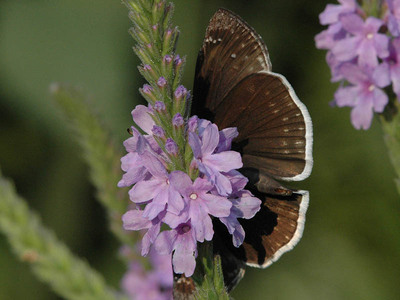 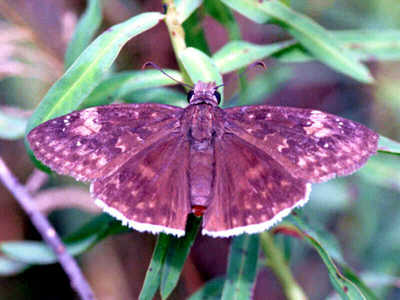