The Persius Duskywing is listed as a species of special concern in Wisconsin. Its larval host plant in Wisconsin is Lupine, so it is found in many of the same habitats as the Karner Blue . However, I live in Waushara County and although we have many Karner Blue sites, I had not seen this species until I saw them in Jackson County in 2004.

In 2005, I saw two groups of Persius Duskywings searching for minerals along roadside edges, where Lupine grew. One such group was along a very well-travelled ATV trail, where I was a little concerned for my safety, but the Persius Duskywings appeared to be oblivious to the string of all terrain vehicles zooming by. Several Juvenal’s Duskywing and Sleepy Duskywing joined them at these locations.

The Persius Duskywing is a small, dark-brown or black skipper that has four small white hyaline (translucent) spots on the leading edge of the upper forewing that are arranged in a straight row — that is, not offset like other Wisconsin Duskywings. In addition there is usually a single small white spot near the middle of the wing. The male has many white hairs throughout the upper forewing as shown in the close-up image of the forewing. Females lack these hairs and appear much browner with a nearly continuous band through the middle of the wing. The hindwings are very similar to the other Duskywings, with two rows of light spots.

A single brood flies from May to early June.

I found this species to be more abundant than the other Duskywings in central Wisconsin. At the height of their flight season, I easily see more than 20 in a day. 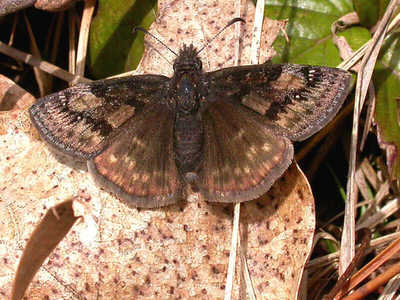 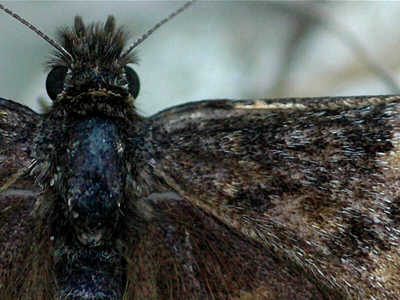 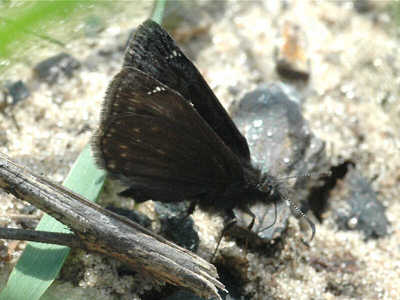 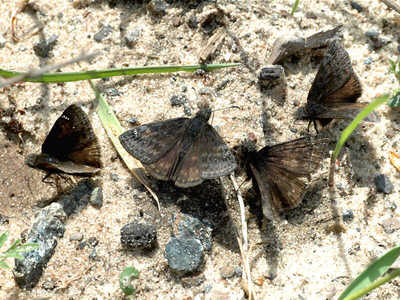 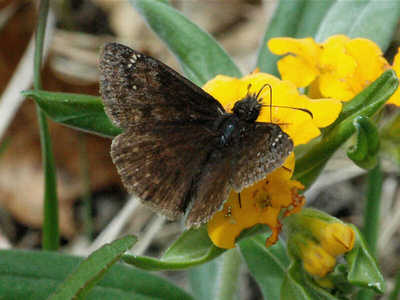 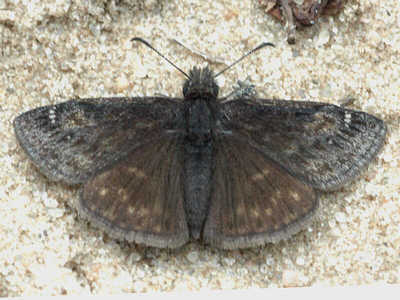