This species is a very dark, blackish-brown skipper with many small white spots on the wings that can be seen from above and below. This species flies very close to the ground, often in parking lots or gravel roadsides, and when it lands it is often seen hunkered down, as in the third image, without spreading its wings fully.

This species has two broods farther south and could be expected in Wisconsin from May to September.

A fairly regular immigrant to Wisconsin from farther south. This species is usually found in small groups. 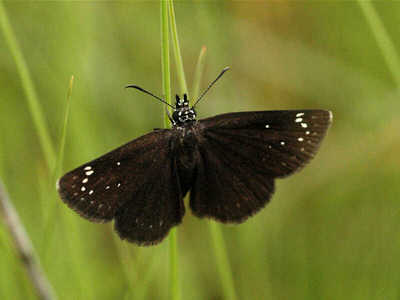 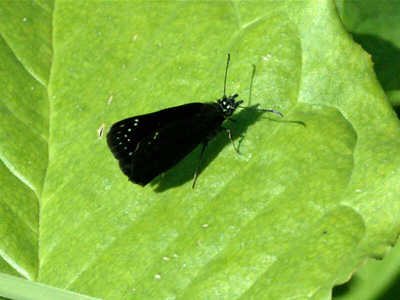 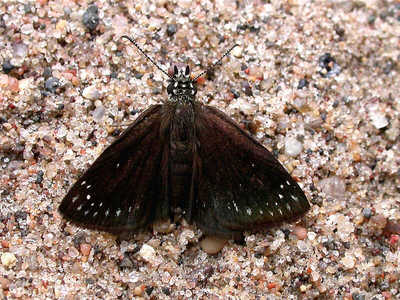 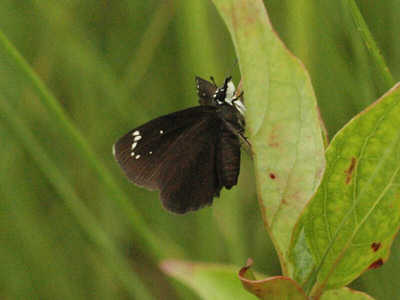 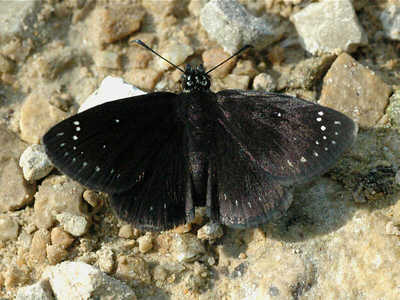