The Arctic Skipper is a late spring woodland skipper of northern Wisconsin. This species, along with the Hobomok Skipper and the Indian Skipper, are the first really colorful skippers of the year. These skippers all contrast greatly with the drab, brownish Duskywings and Elfins that may have been flying for nearly a month before this species appears. I have seen the Arctic Skipper nectaring on wild geranium and wild iris.

A small, distinctive skipper. Above, this species is dark brown with many scattered orange spots. Below, this species superficially resembles a miniature fritillary, with a brownish-orange base with fairly large white spots.

This little skipper does resemble a little fritillary, but it is unlikely that it would be mistaken for one, even in the field, because of its small size. There are no similar looking skippers in Wisconsin that should be confused with this species.

This species is usually found singly along trails; I have seen over 20 in one day along trails in the Sandhill State Wildlife Area. 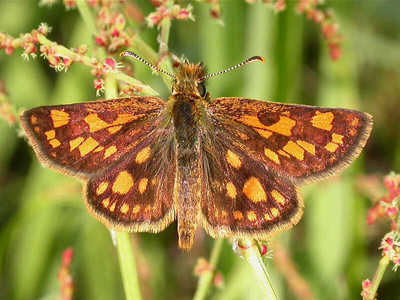 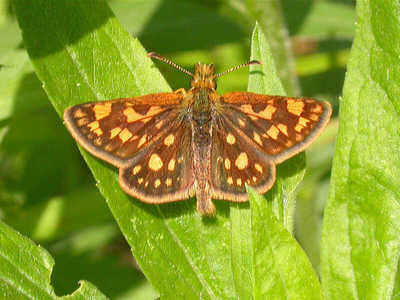 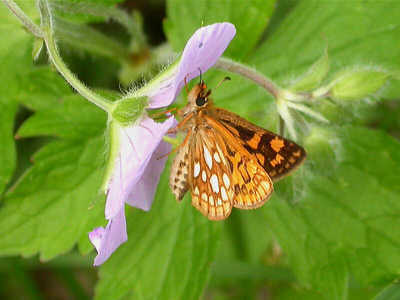