This skipper is a southern species that occasionally strays north and has been seen in one southernmost county in Michigan and one in Wisconsin. In Illinois, this species has only been seen in twelve counties, all in the southern part of the state. However, this species is fairly nondescript and could easily be overlooked.

Above, this species is dark brown, with no markings. Below, the Swarthy Skipper is a much lighter yellowish brown with somewhat lighter veins.

This species has two broods farther south and strays may occur in either brood, so they could potentially be seen from late May to late August.

A rare stray in Wisconsin. 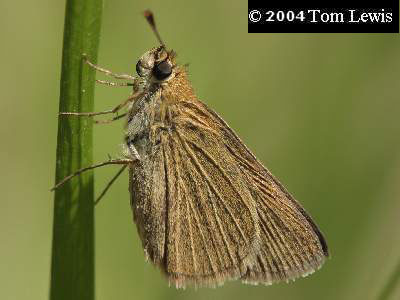 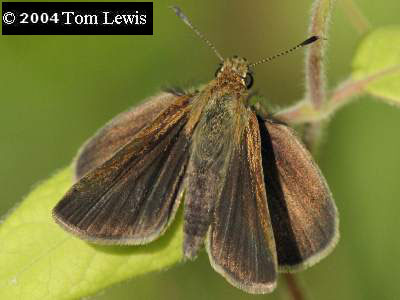 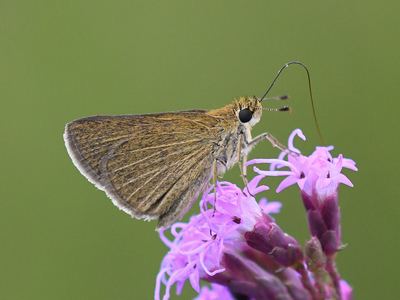 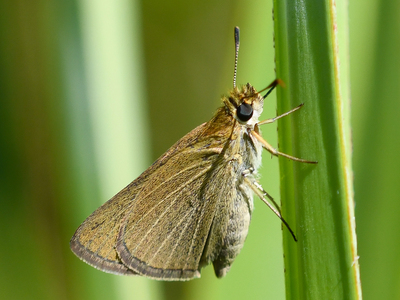 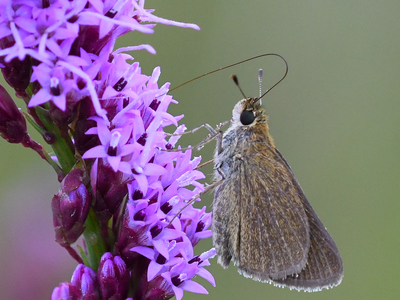