The Olympia Marble is the smallest White in Wisconsin. It is found from mid-April through early June, depending upon the year and where you are in the state. In Waushara County, I regularly look for this species just as the Pasque Flowers are just getting past their prime.

Sunny, but windy spring days are the norm when looking for this species. Because of its skittishness, I have fewer photos per hour of attempt of photographing this species than for any other Wisconsin butterfly. I once followed a single Olympia Marble butterfly up and down several Pasque-flowered hills for over an hour as it alighted to nectar or rest for only seconds, whether I was there or watched from afar.

A small, 1.25 inch wingspan, white butterfly with few dark spots on the upper wings, and a very distinctive yellow-green marbling on the under wings.

Its small size and the yellow-green marbling below make it unlikely that you will mistake any other Wisconsin butterfly for this species.

One flight from mid-April through the first week in June.

Locally abundant. In good habitat more than fifty have been reported in a single day. 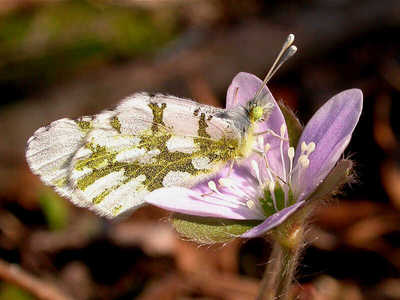 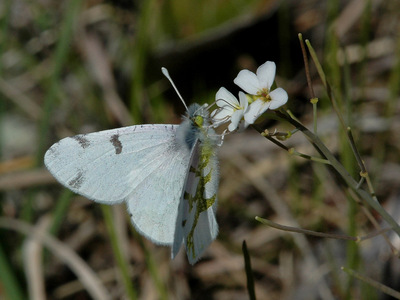 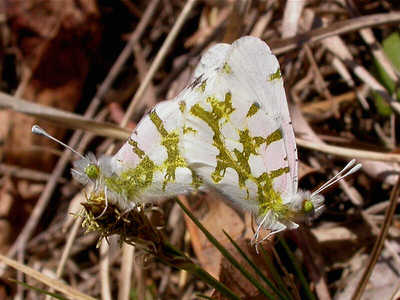 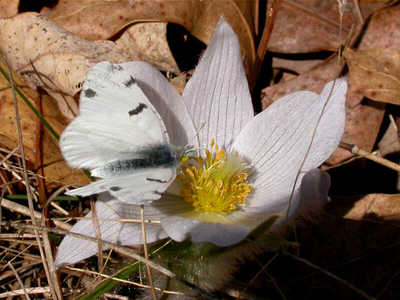 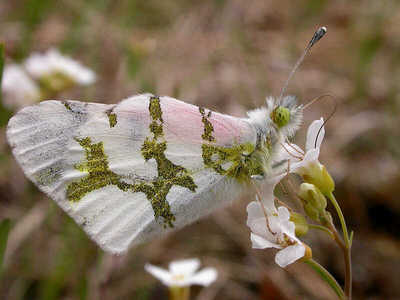