This species is listed as an endangered species by the Wisconsin DNR and is now listed as Endangered under the Endangered Species Act U.S. Fish & Wildlife Service. The Poweshiek Skipperling is in decline throughout its distribution, and much additional information about this species is available online, including a species profile on the
Xerces website. I searched for this species for two years at Puchyan Prairie State Natural Area before I could find it. This is not an easily accessible location while it was flooded in 2004, getting back to the Poweshiek Skipperling habitat involved hiking through a long stretch of water over a foot deep. Even when it is not flooded, it is still very difficult walking through a moist sedge meadow. To find this skipperling, I search all the flowering black-eyed susans, and looking for this species nectaring on it.

This is a small skipper, dark brown above with some light orange along the wing margins and a lighter orange head. Below, this species is orange with very prominent whitened veins as its most distinguishing characteristic.

Because of its distinctive white veins below and limited distribution, this species should not be confused with any other Wisconsin species. Least Skippers also fly in the moister areas near the Poweshiek habitat, but Poweshiek Skipperlings are considerably different in appearance.

This species has a single brood per year and may be found from late June until late July.

A Wisconsin endangered species that is currently found at only two sites in Wisconsin. At the Puchyan Prairie site, the largest number of individuals I have seen is 12. 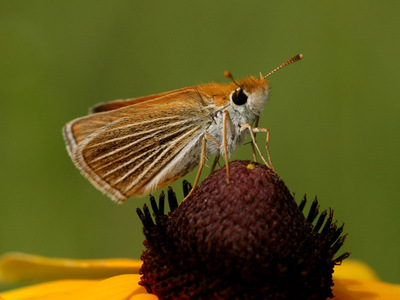 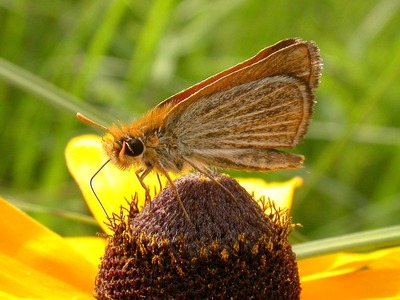 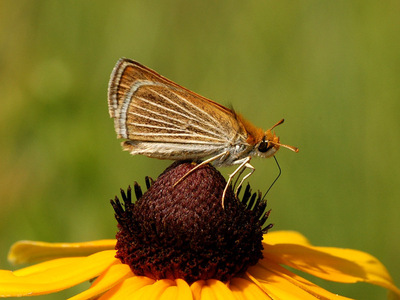 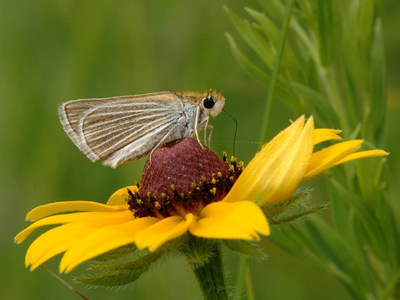 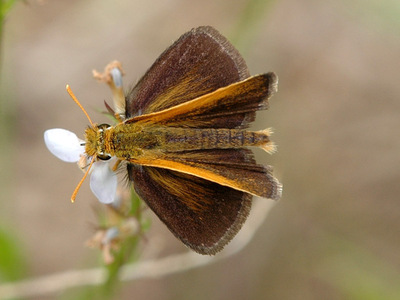 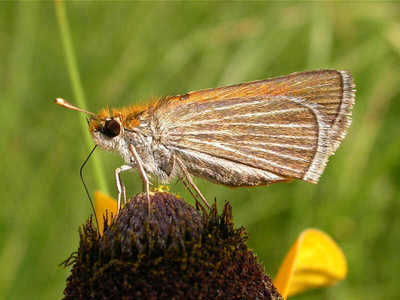 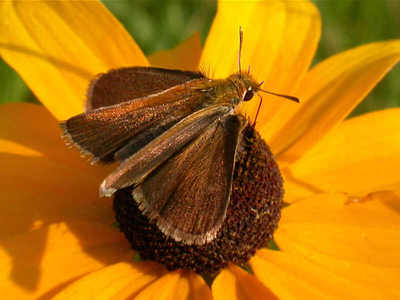 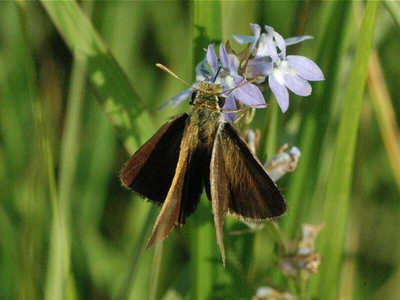