The Ottoe Skipper is listed as a species of special concern by the Wisconsin DNR. I looked for this species on many occasions, in places that they were said to occur, but I did not see one until 2008.

Glassberg (Butterflies Through Binoculars: The East) calls this species the “skipper-king of the tall grass prairies”. It has been found mainly in tall grass prairie habitat near hill tops in Wisconsin. The Xerces Society site has additional information on this skipper.

Above, the male of this species is orange with black margins and a dark stigma in the center of the wing. The female is darker and has variable light spots. Below, this species is mainly a light yellow, usually with no spots in the male, and sometimes with light spots on the female. Notice the image of the very fresh female, which shows somewhat purplish spots.

This species is single brooded and may be found from late June to late July.

An uncommon species in Wisconsin, this species is rarely abundant anywhere in its range. The highest single day total on an NABA count is 30 individuals. 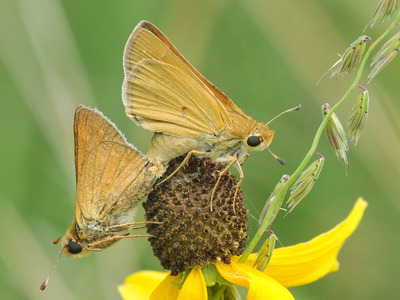 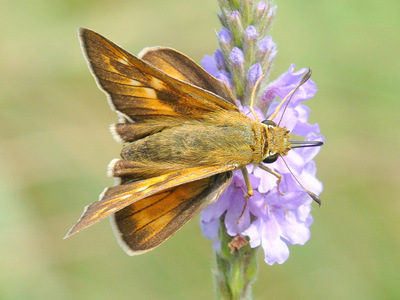 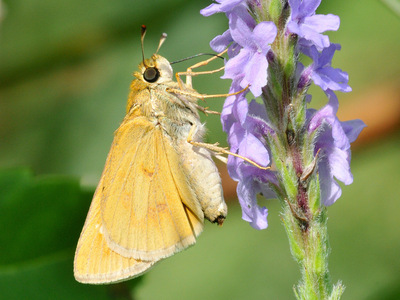 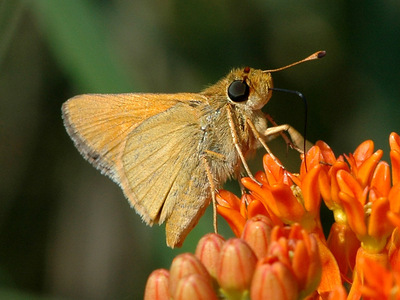 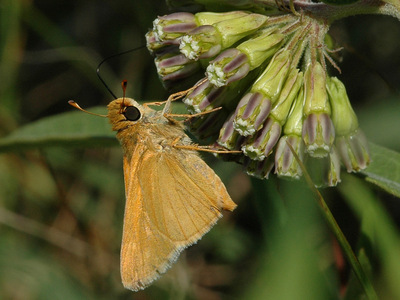 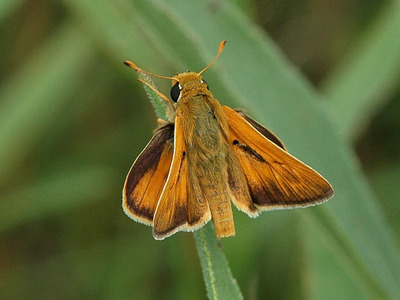 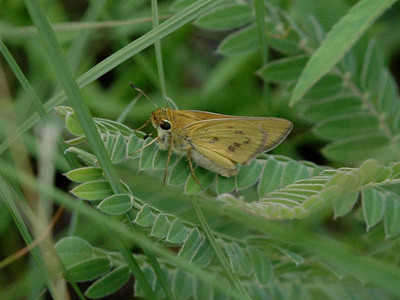 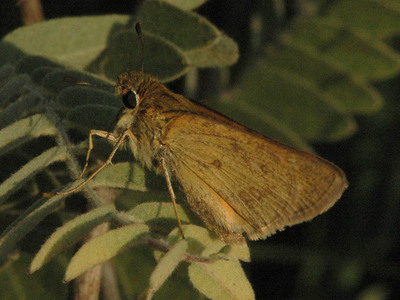