This has always been my favorite skipper, because it makes its first appearance of the year as the main butterfly season is waning. In addition, it uses blazing star as a nectar source, making it easier to locate. I often look for this species by using my binoculars and carefully scanning all the blazing stars looking for this species nectaring. Though finding it does not guarantee that it will be easy to photograph, as this species is very active and skips around a lot while nectaring.

Below, this species is orange with a reddish tinge that seems to highlight the lighter spots, especially in fresh individuals. Above, the males are orange with a wide black margin and a stigma through the middle of the front wing. The female is much darker with light colored spots.

This species is single-brooded and may be seen from early August to early September.

This species is fairly abundant in some areas, but it is still unusual to see more than 20 individuals in a day. 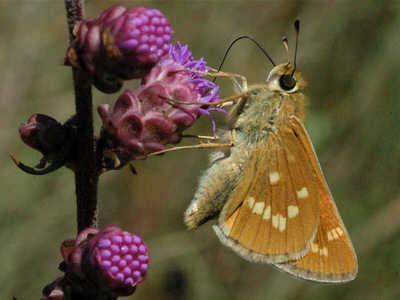 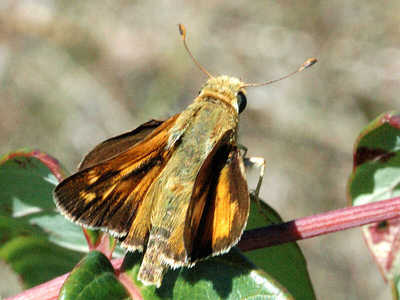 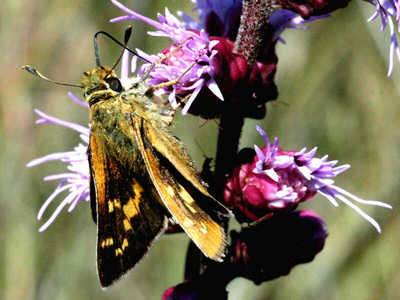 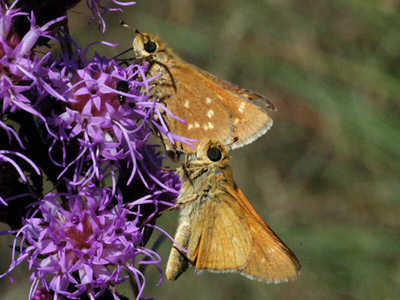 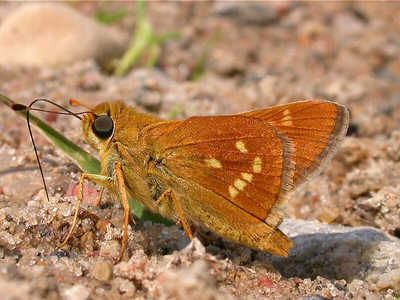