The Cobweb Skipper is an uncommon skipper in Wisconsin. I have only seen it in Jackson County and once in Marinette County. This species is swift-flying and very difficult to observe and photograph. It flies only a short height above the ground, and blends in very well with the dead grass leaves that are still present in May when it begins its flight period.

Below, this skipper is brownish, with distinctive white markings on the hind wings and conspicuous white in the coastal upper wing. Above, the markings and coloration of the female are very similar to the wings below. The male is much lighter above, with yellow throughout most of the middle portion of the wing and a prominent stigma and a few white spots near the upper wing tips.

Although the female of this species may be confused with the female Dusted Skipper from above, as both are dark above with a number of white spots, the Cobweb Skipper female usually has some orange present above, while the Dusted does not. As in identifying many of the skippers, it is always useful to try to see them from both above and below.

This species is single-brooded and flies from Mid-May to the beginning of June.

An uncommon species in Wisconsin, this species is on the Wisconsin NHI list as a species of special concern. Where it is found, it may become somewhat abundant; I have seen over 20 in one day in Jackson County. 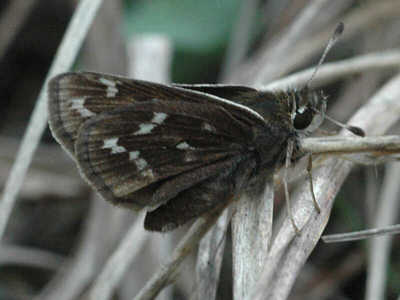 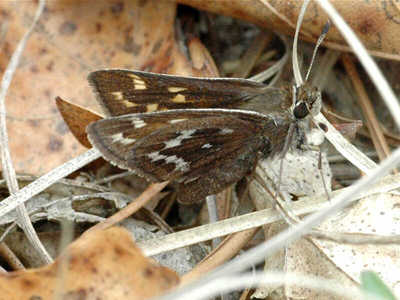 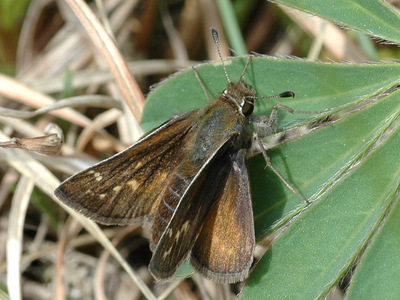 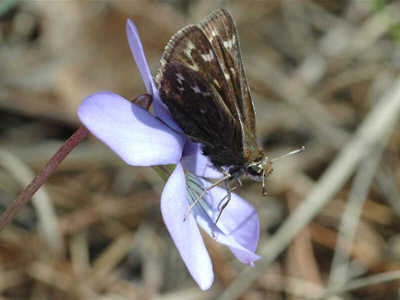 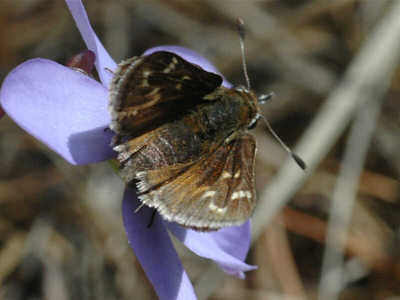 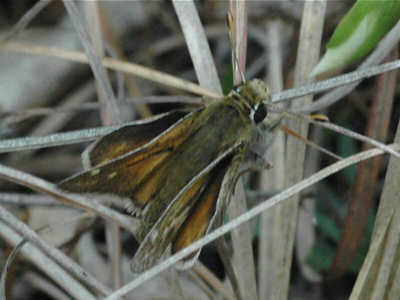 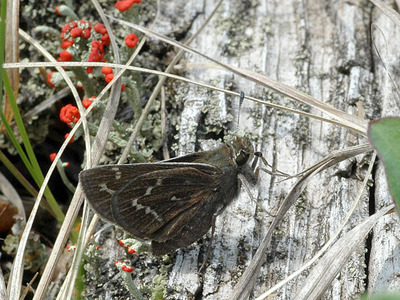