In Wisconsin this species should only be confused with the Long Dash. I have received many Long Dash sightings that turned out to be Indian Skippers, as well as the reverse. The Long Dash appears several weeks later than the Indian Skipper, and fresh specimens have a slightly reddish appearance and an obvious contrasting spot band on the hind wing below. Above, the Long Dash male has dark marks in line with the stigma, making it look like a long dash in the middle of the wing, quite unlike the thin stigma of the Indian Skipper.

This species is single brooded and flies from late May through June.

Common in the northern counties, but less common farther south. I have seen more than 30 of these in a single day. 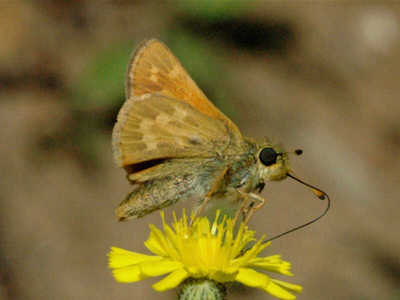 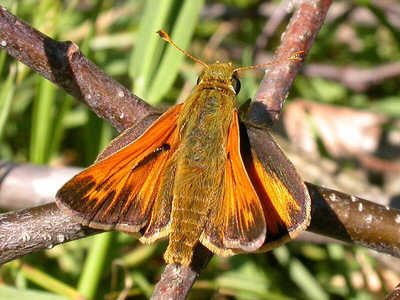 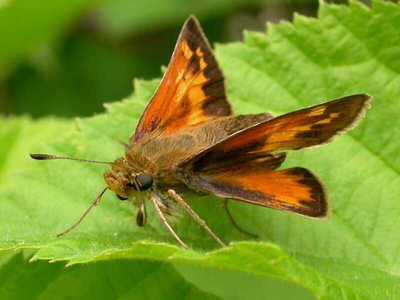 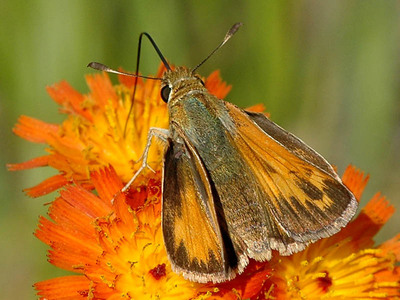 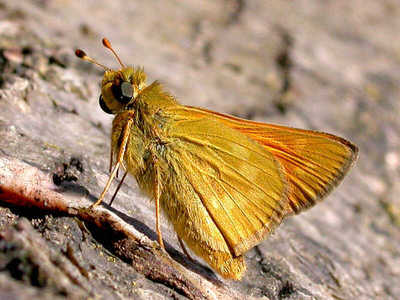 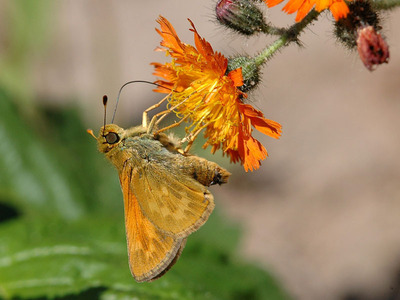