Below, this species has conspicuous light spots towards the body and a median spot band with the central spots somewhat longer than the others. Sometimes the spots towards the body are somewhat connected to the median spot band, which changes the appearance substantially. Above, the males’ stigma separates the lighter orange wing margin from the darker inner wing. The female is darker and has very conspicuous orange colored spots.

Below, this Skipper is rather distinctive and shouldn’t be confused with any other species. Above, the male does look very similar to the Tawny-edged Skipper, but the Tawny-edged is a solid brownish color on the hindwing above, and the Peck’s Skipper has a spot band there. The Long Dash is also somewhat similar, but is slightly larger, and the middle two segments of its spot band are nearly the same size as the other spots, while in the Peck’s Skipper, the the middle two spots are obviously longer than the other spots.

Roadsides, woodland edges, old fields. I have seen this skipper more often near moister habitats, but this may be just because the nectar sources were more abundant in these areas.

This species is found throughout the state, but I have never found it to be very abundant. The most I have ever seen in one day is seven, with most sightings confined to a single individual. 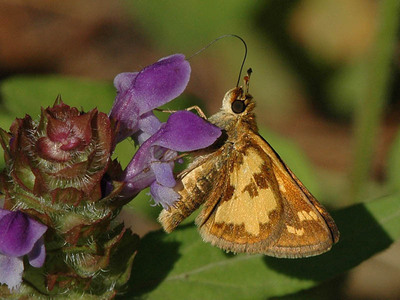 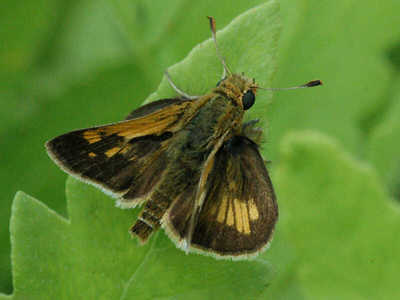 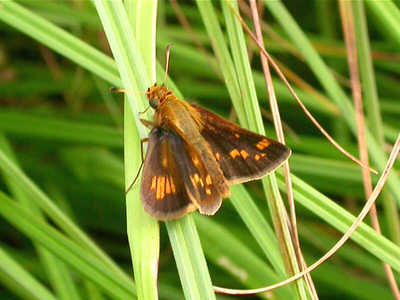 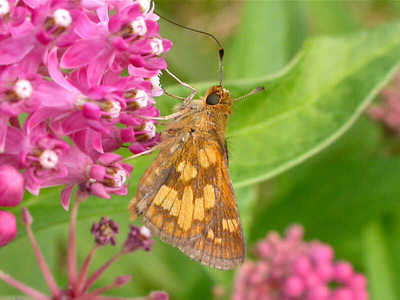 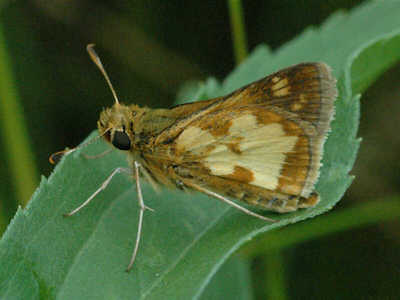