The Falcate Orangetip is a rare stray to Wisconsin. This species is more of a southern species that apparently will stray, but is seldom seen this far north. In Illinois, there is only one record of this species north of central Illinois. In late March of 2007 I made a trip to North Carolina and was lucky enough to see and photograph this species. I found this species to be basically a woodland version of the Olympia Marble, a species of more open grassland areas.

Like the Olympia Marble, the males of this species patrolled low and quickly though an area, stopping occasionally, but not for long! The first day I saw this species, I chased several back and forth along a woodland path for nearly two hours without once taking even a bad photo. It was certainly reminiscent of my first attempts at photographing the Olympia Marble. The next day, I spent four hours chasing these butterflies and finally getting the photos seen here. There were few nectar sources available, and the flowers in the photos were the largest plants in bloom.

Small, white butterfly, 1.5" — 1.75" wingspan, with a small black dot in the front wing above and very small black dots at the margins of the wings. The male is very noticeable, with orange-tipped forewings above. Below, the sexes are similar, with a very fine greenish marbling.

The Olympia Marble looks similar underneath with green marbling, but the marbling on the Falcate Orangetip is much finer and more detailed.

One brood in Illinois from mid-April to early May.

More common in southern Illinois, this species is seldom seen in northern Illinois and Wisconsin, but does rarely stray north. 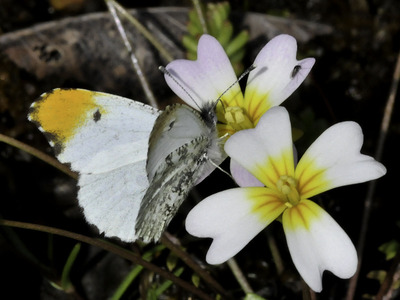 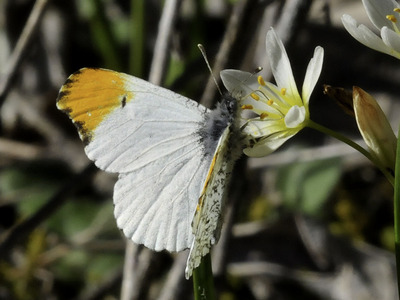 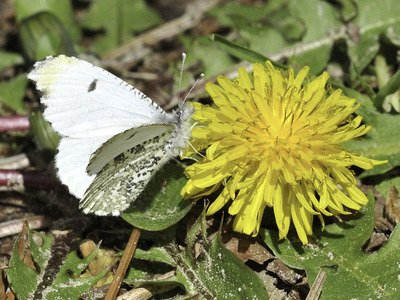 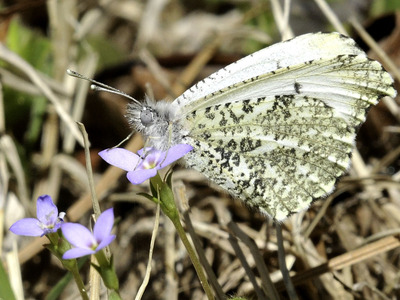 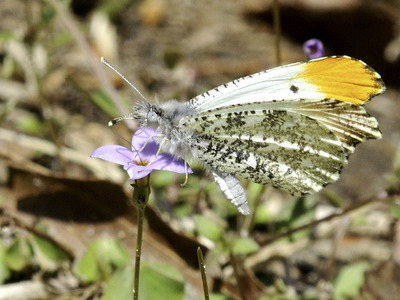 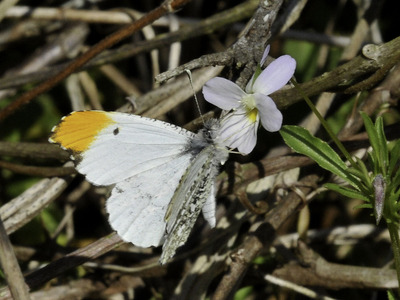 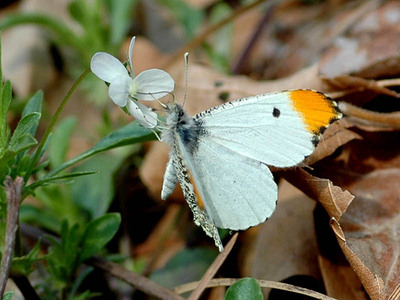 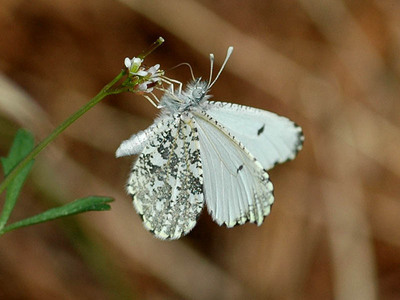