The Tawny-edged Skipper is not a common butterfly through Wisconsin. Ebner wrote that it was “one of the most common in the state” (Butterflies of Wisconsin, 1970), but I had seen one or two individuals only a handful of times until 2005, when I saw it in four counties. This certainly does not qualify it as a “common” species, though it is to be expected throughout the state.

A small skipper, similar in size to the Peck’s Skipper. Below, this skipper is somewhat variable, and the typical fresh specimen is somewhat buff colored, with a very contrasting orange on the forewing and usually without a spot band on the hindwing. More worn individuals are a paler brownish gray.

Above, the male has a stigma that separates the orange/yellow of the outer wing from the darker color of the inner wing. There is usually a small, rectangular light spot at the end of the stigma. The female has a little less orange than the male, no stigma, and a couple of orange spots in the center of the hindwing.

Below, the hindwing of Crossline Skippers is a lighter color and has spots that the Tawny-edged do not usually have. In addition, there is no contrasting orange in the forewing below. Above, the males’ stigma appear longer and straighter because of an additional dark marking that is found at the end of the stigma. They are also somewhat larger than the Tawny-edged Skippers.

There is enough variation in the Tawny-edged Skipper and the Crossline Skipper that it is not always possible to identify some individuals to species using only a photo from below.

Old fields, open areas, roadsides, and pastures. Some references say that they prefer moister conditions, but I have only seen this skipper in drier areas.

At least two broods. It can be found from early June to late September.

Widely distributed, but not usually seen in large numbers. 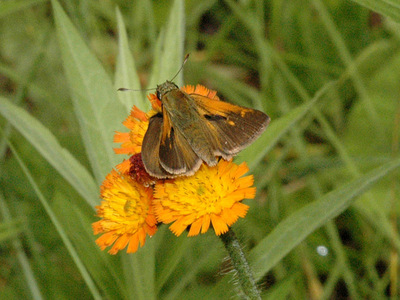 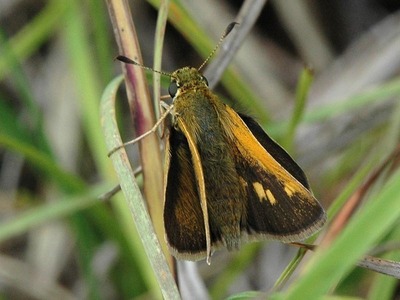 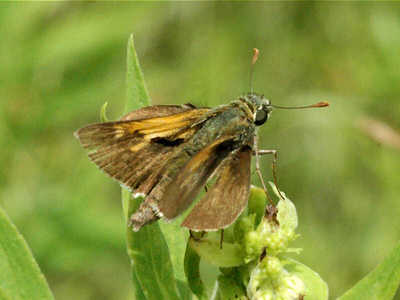 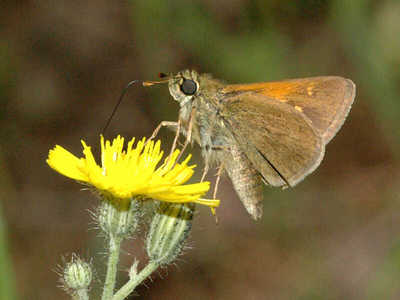 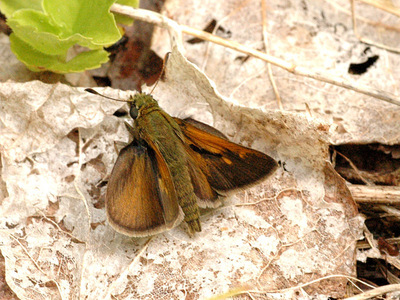 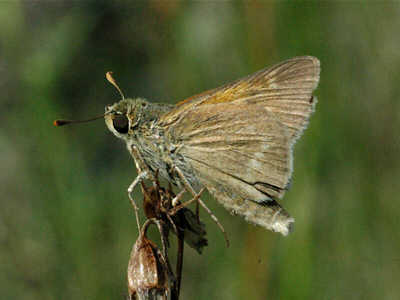 Notice the unusual spot band on the hindwing 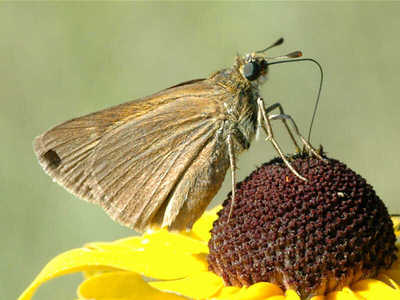