Below, fresh specimens of this skipper are brownish orange with no contrasting orange in the upper wing and a faint spot band, with spots generally smaller than those of other skipper species in Wisconsin. Above, the male has a prominent stigma and an additional black spot continuous with the stigma, so the male appears to have a line all the way across the upper wing. The female is a mainly dark skipper, with faint orange only on the wing edge of fresh individuals. It has two or three light spots in the middle of the upper wing, the larger of which is often nearly square. Like the male, the female does have a faint spot band on the hind wing below.

The Crossline Skipper is most likely confused with the Tawny-edged Skipper. Both of these species are somewhat variable and posting of confusing photos are likely to get a variety of opinions of what species it is. There is a terrific posting on Carolina Nature with photos of two females; the resulting discussions are a great indication on how difficult it can be to identify the females of these two species. See the discussion of the differences between the males of these species on the Tawny-edged Skipper page.

Several references note the difference in size between these two species, with the Crossline being noticeably larger than the Tawny-edged Skipper. When trying to identify this skipper from photographs, it is helpful to have notes as to the relative size of the skipper in question included with the photos. For comparison, the Tawny-edged Skipper is just slightly larger than a Peck’s Skipper, while the Crossline Skipper is about the size of a Long Dash.

In Wisconsin this species has been seen in drier habitats, including drier prairies and barrens.

This species is double-brooded in Illinois, but it is not certain that it has two broods in Wisconsin. This species flies from late June though July, and like the Tawny-edged Skipper, it may occasionally have a second generation, especially in the southern counties.

This species is not as common in Wisconsin as the Tawny-edged Skipper, but in good habitat I have seen over 20 individuals. 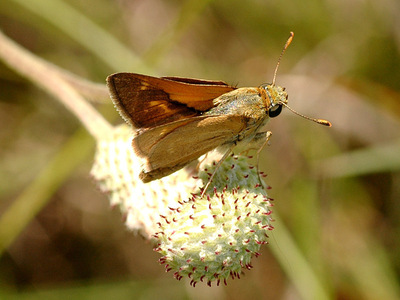 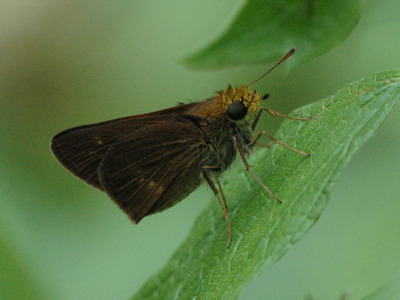 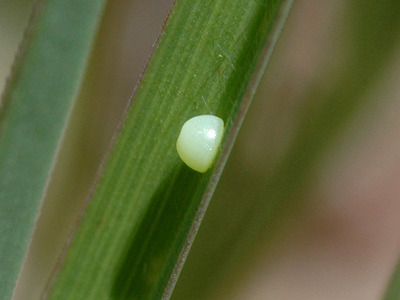 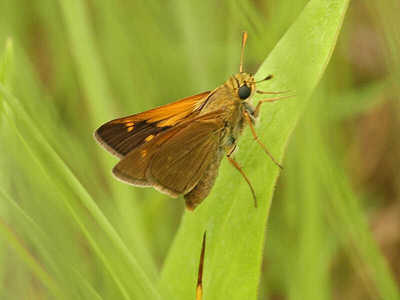 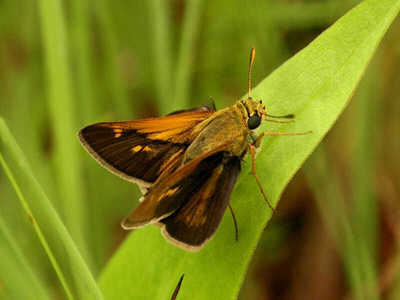 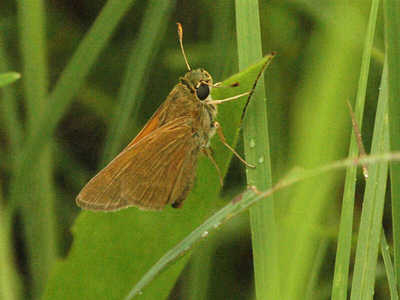 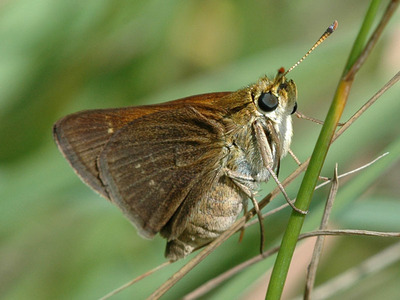 Female, the only female seen on this day (18 males) 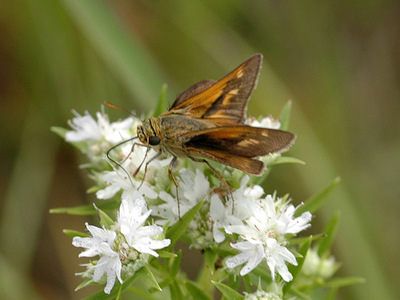