This butterfly is fairly easy to identify when it is fresh, with very distinct markings on the hindwing below, but as it wears it becomes a very light color and the markings become barely visible. Therefore, late in their flight period, sightings of very worn skippers with barely visible markings often turn out to be this species.

In 2007, I saw two very worn individuals that contrasted greatly with the very fresh Common Branded Skippers that I was trying to photograph. These individuals were nearly white below, with barely visible lighter markings on the hind wing. Unfortunately for the identification of very worn butterflies, almost all photos online and in books are of fresh, brightly-colored butterflies or skippers. I am sure that I have taken some photos of these worn specimens of this species, but even I seem to have deleted them!

Below, the wings are various shades of brown with a very distinct lighter spot band on the hindwing. Above, the male is orange with a long, wide stigma and a dark border on the forewing. The female is similar with less orange and with dark marks similar to, but wider than, the male’s stigma. The hindwing of both sexes is marked similarly above as below.

One fight, from mid-June to the first week in August

A common skipper throughout Wisconsin. It is not uncommon to see more than twenty individuals in an area during its peak flight, and in 2009 I saw over 225 of these at Buena Vista Marsh. 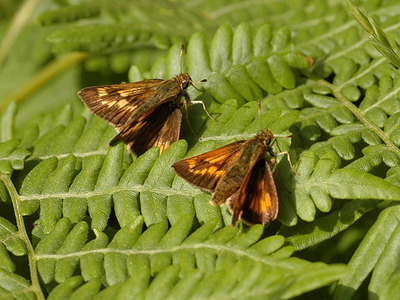 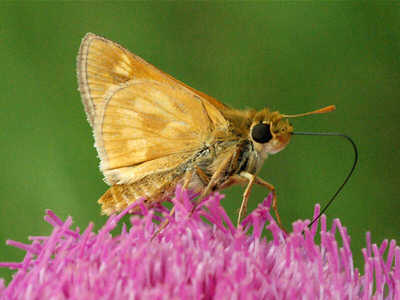 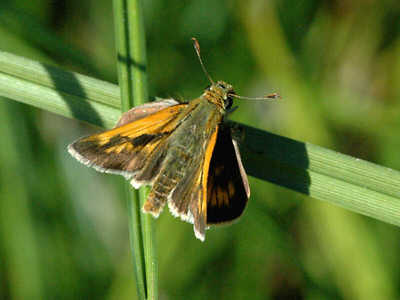 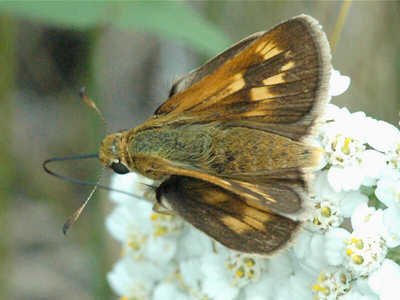 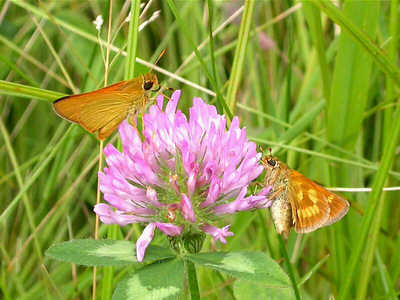 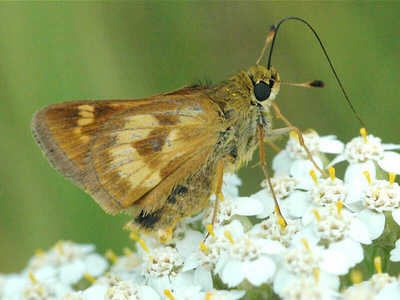