The Northern Broken-Dash is found throughout Wisconsin. This is not the easiest species to identify. When I was first learning the skippers and did not use binoculars, I had a very tough time telling a Dun Skipper from this species. In fact, in 1997 I would look at one perching or nectaring, then decide which species it was and then net it to be sure. At the beginning, I was very poor in telling these two species apart. In our area, the fresh specimens of Dun Skippers may have some faint light markings on the under wings and I thought that they looked very much like the Northern Broken-Dash. Since I started using a good pair of close-focusing binoculars, I have been able to better understand the differences in these species, since I can now see them much better! Nevertheless, since they are often seen together and in large numbers, it is still difficult to decide how many of each are flying.

From below this is mainly a dark brown skipper, but fresh individuals may show a slight reddish tinge, with a variable, light spot-band. Above, the male has some orange on the leading edge and a stigma that appears broken into two parts. The female from above also has some orange on the leading edge of the wing and several orange spots, including one nearly square spot in the middle of the hind wing.

From below this species certainly could be mistaken for the Dun Skipper, especially more worn individuals of the Northern Broken-Dash whose usually much lighter spot-band has faded and may not be as obvious as the spot-band of a fresh Dun Skipper. From above, the faded males of this species may show little light coloring and may resemble the darker Dun Skipper.

The female of this species is very similar to several other species of skippers often referred to as the “three witches”. The witches include the Northern Broken-Dash, Dun Skipper, and the Little Glassywing. In general, the spots on the hind wing of the Northern Broken-Dash are larger, orange, and somewhat square in comparison to the smaller white spots of the Dun Skipper, but smaller and more colorful than the larger, white, almost hyaline square spots of the Little Glassywing females. When these skippers are on the wing, it is sometimes difficult to get a good look at them to identify them with 100% accuracy. To make it more difficult, it is not unusual to find all three in the same area. Observations from above and below, as well as documentation photos, are often useful to aid in identifying these three species, especially for the beginning butterflier.

This is an open field butterfly, but is also seen along woodland edges and roadsides where the nectar sources may be more abundant.

One generation. The first ones are usually seen in the last week of June and are usually in flight until early August, with peak numbers in early July.

This species sometimes can become fairly abundant. Several NABA counts of this species have included over 1000 individuals. 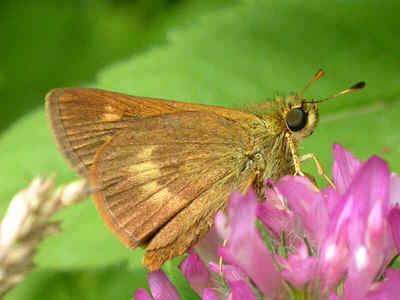 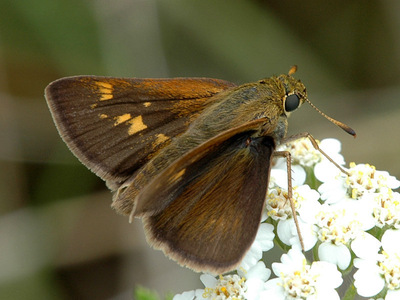 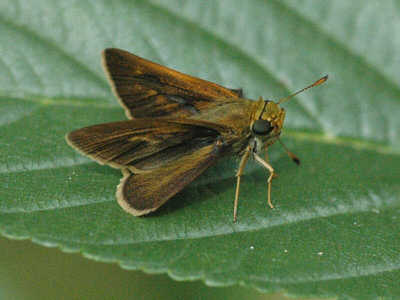 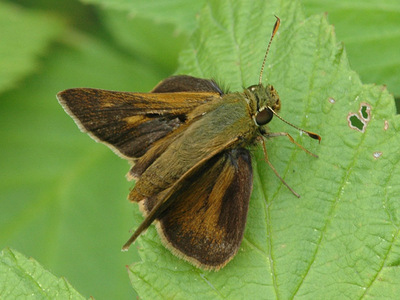 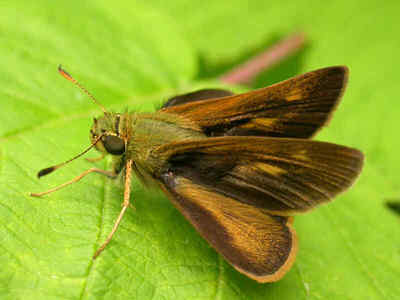 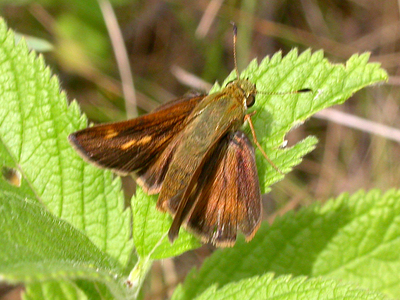 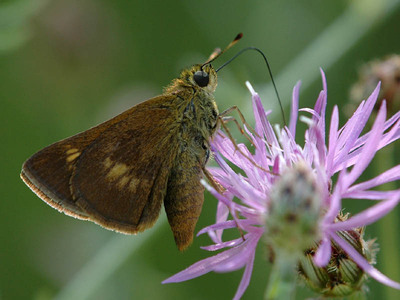