The Little Glassywing is not a common butterfly in Wisconsin. When Butterflies of Wisconsin was written in 1970, only two specimens of this species were known from the state. I had not seen this species in central Wisconsin until 2003, and now seldom see more than a few each year. It is likely that it is found throughout the state, but rarely in large numbers. NABA counts for Wisconsin for 2004 and 2005 had only 26 individuals in 36 counts taken in those years.

This is mainly a dark skipper both above and below. From below, very fresh individuals appear somewhat reddish brown with a very faint spot band on the hindwing. From above, the female has a large, nearly square white spot in the middle of the forewing. The male is similar, but the large spot is rectangular rather than square.

The female Dun Skipper and the female Northern Broken-Dash are somewhat similar to this species, and these three species are often referred to as the “three witches” in the literature. All three skippers are very dark, and if they are all moving around together it is indeed somewhat difficult to differentiate each species.

One generation. The first ones are usually seen in the late June and are usually in flight until early August.

This is not a common species in Wisconsin. I have only seen it at five sites, and the most I have ever seen in one day was seven. 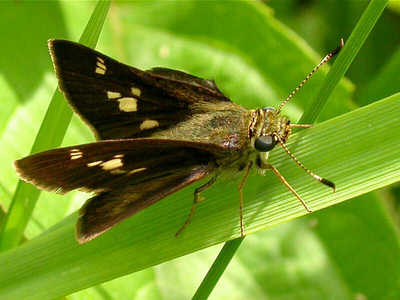 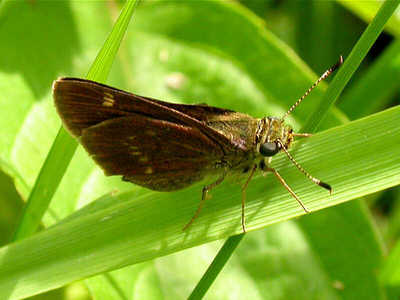 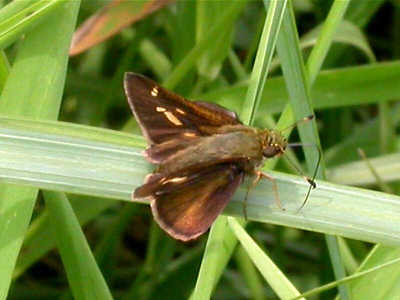 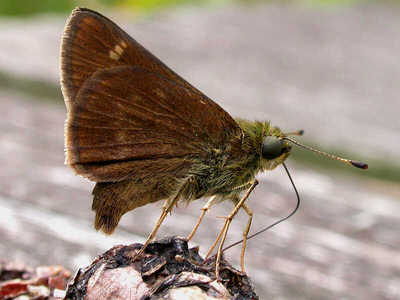 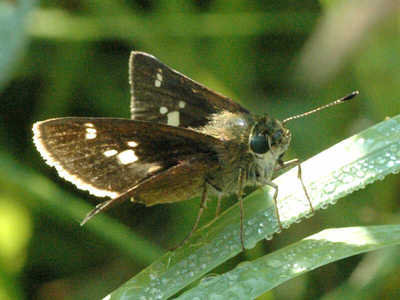 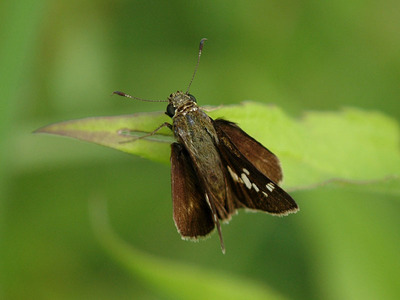