This is the early bright yellow skipper of the woodland trails and openings. It is always fun to see these skipping around and then alighting and sunning themselves near the end of May. This species, the Arctic Skipper, and the Pepper and Salt Skipper are the trio of woodland butterflies that are often flying together throughout the northern half of the state in late May or early June.

Above, the male is bright orange with a dark margin and a dark mark at the cell bar end of the forewing. The pattern on the hindwing above is similar to that of the hindwing below. The female is similar but darker towards the margins and nearer the body, giving the female a much darker appearance than the male. Below, the yellowish orange post-median band is very broad and contrasts with the brownish color of the wing. In fresh specimens there is a noticeable purplish sheen to the wing margins. A dark female form called “pocahontas” is sometimes found, but the post-median band is still obvious on the hindwing.

None in Wisconsin. A little farther south this species is very similar to the Zabulon Skipper, a species that hasn’t been found in Wisconsin.

Single brooded and flying from late May and June, and sometimes into July.

This species can be common. I saw over 30 of these in a four-hour period along a forest road in Florence County where I took the photo of the nine individuals on scat. 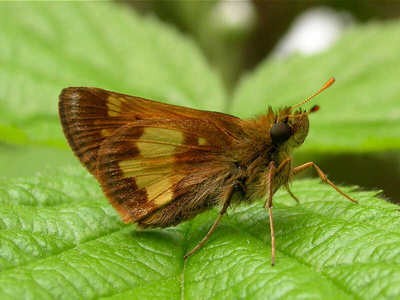 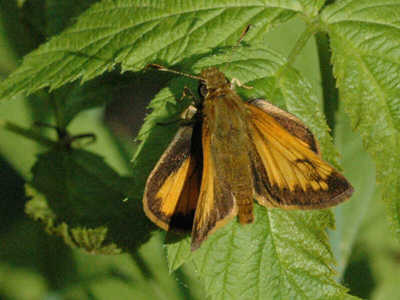 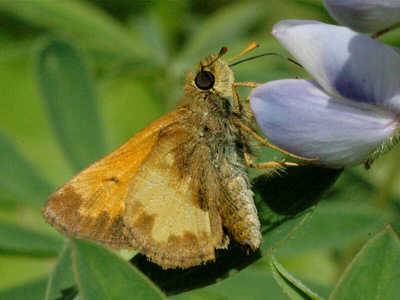 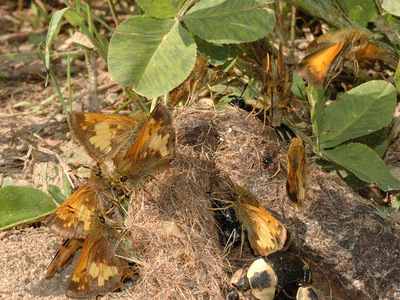 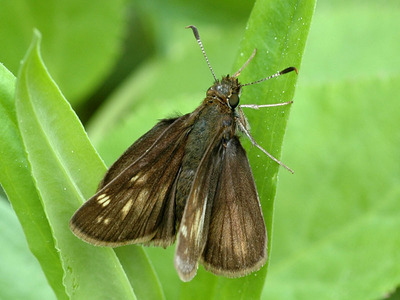 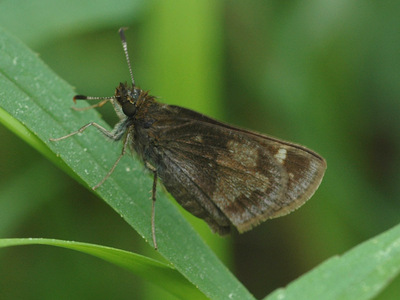 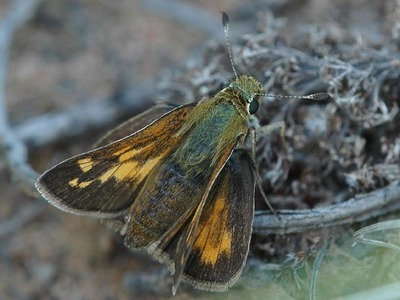