This has always been one of my favorite skippers because of its slightly longer flight period that allows them to peak in numbers after other species have begun to dwindle. Although this species is said to use Carex sedges as host plants in the Midwest, it does use Phragmites in the east, and whether or not it uses this species here in Wisconsin, I have found it much more abundant where Phragmites does occur.

It is also very fond of swamp milkweed, and I have seen 7-10 individuals on a single plant. This species is often found in the same habitat as the Black Dash, Mulberry Wing, and Dion Skipper.

Below, this species has a single light stripe in the middle of the hindwing, with a single spot above the stripe and several, often obscure light spots below it. Above, the male lacks a stigma on the forewing and the pattern is very similar to the pattern of the female Long Dash. These spots on the male are orange, while the female has white spots. The hindwing from above looks very similar to the hindwing from below.

Marshes and sedge meadows. This species is not found far from its wetland habitat.

Found from the last week in June to early August. This species seems to peak later in the season than the other sedge skippers.

This species likes larger wetland areas, and where found it may be found in large numbers. I have seen over 100 of this species in one day in both Marquette and Green Lake Counties. 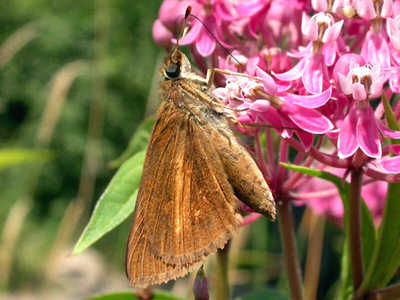 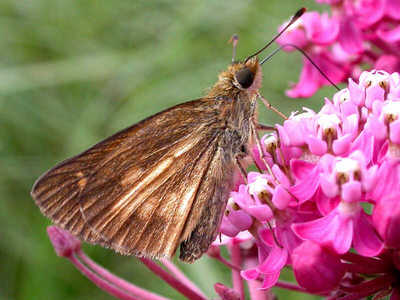 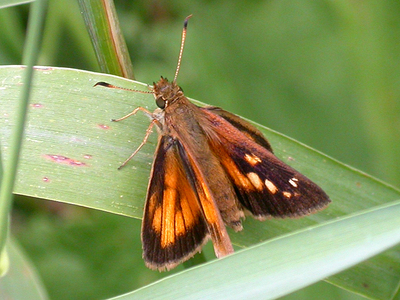 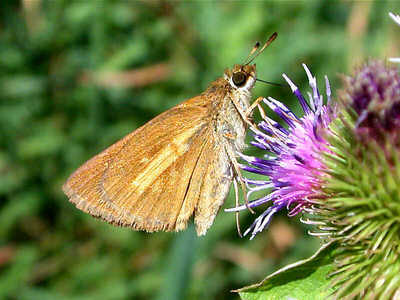 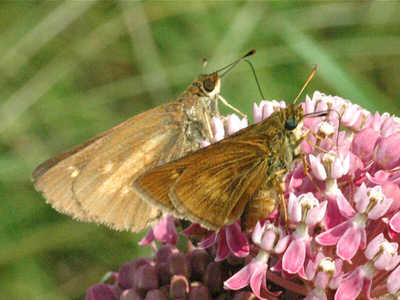 Nectaring with a black dash 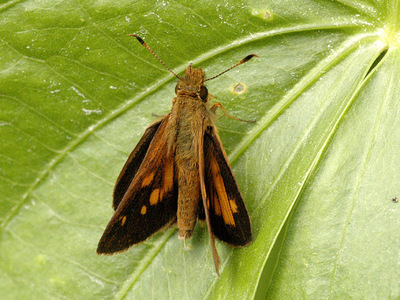 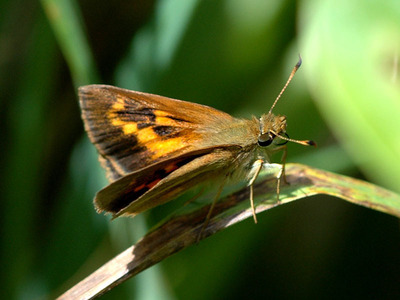