The Dion Skipper is found throughout the state but is not usually seen in large numbers. Although I have seen over 50 of these in one day, it is normal to see only single individuals of this species. This sedge skipper is sometimes seen farther from its wetland habitats than the other typical wetland species. I have seen this species at Crex Meadows in Grant County nectaring on New Jersey Tea, nearly the only nectar source available, alongside Karner Blues.

Below, this skipper is a dark orange with two lighter dashes on the hindwing, one in the middle of its wing that does not go all the way to the wing margin and one at the bottom or leading edge of the wing. Above, the male has a large orange area with a wide, divided, black stigma and a wide black margin on the forewing, while the female is darker with a row of light orange spots. The hindwing above on both sexes has a yellow marking that mirrors the middle dash of the hindwing below.

From below there are no similar skippers in Wisconsin, but from above the male and female of this species are both very similar to the Black Dash on the forewing. On the hindwing above, both the male and female differ from the Black Dash by having a longer yellow dash that mirrors the one below and that does not have any significant marks towards the leading edge of the wing, while the Black Dash has a smaller, thinner dash and usually does have an obvious spot towards the leading edge of the wing.

A variety of wetland habitats, including marshes, and sedge meadows.

Although I have recorded over 50 in a single day, this species is usually not found in large numbers. 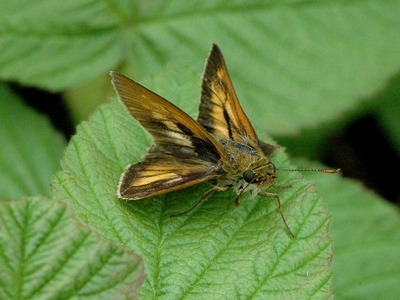 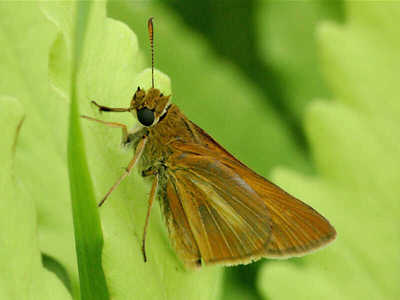 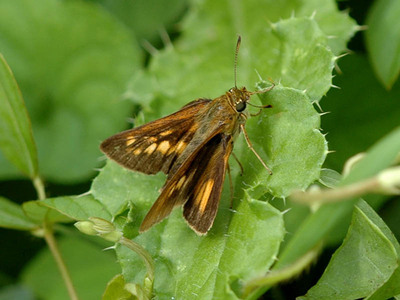 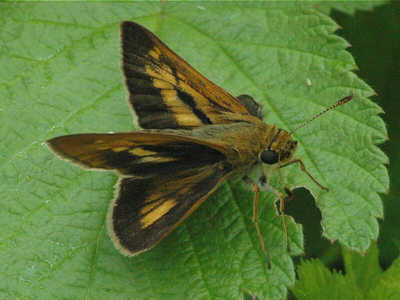 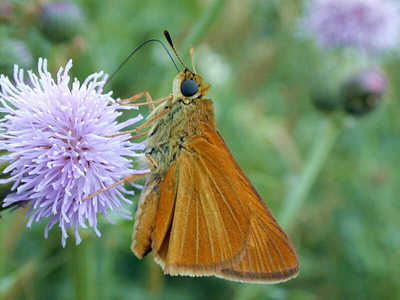