The Black Dash is mainly a skipper of wet grass and sedge meadows, often found alongside the Mulberry Wing skipper. This species is more abundant in larger marshes but can also be found along the smaller open areas along trout streams.

Below, this species is brownish-red with a light but obvious spot band with two of the dashes slightly longer than the others. Above, the male has a black border on the forewing, with most of the wing a bright orange with a prominent two-part stigma. The hindwing has a pattern that mirrors the pattern on the wing below.

The female from above has a darker orange on the leading edge of the forewing, with some light spots in an arc similar to that of the female Byssus Skipper. Like the male, the hindwing pattern mirrors that of the wing from below.

From above, the male and female both resemble the Dion Skipper on the forewing, but they differ from below. The female is also very similar to the Byssus Skipper and may be impossible to distinguish from only the upper forewing. Even the upper surface of the hindwing is very similar, with the upper hindwing mirroring the spot band from below. The spot band is very similar and differs mainly in that all the spots are of nearly the same size, while the spot band of the Black Dash has two spots that are noticeably longer. In addition, the habitat of the Black Dash is almost always limited to wetland areas, while the Byssus Skipper is usually found in Wisconsin in drier habitats.

Marshes, wet grassland and sedge meadows, and wet areas along roadsides and streams.

One brood from late June to early August.

At its peak I have easily seen over 50 individuals of this species at a number of sites. 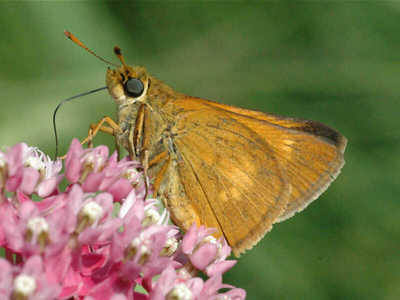 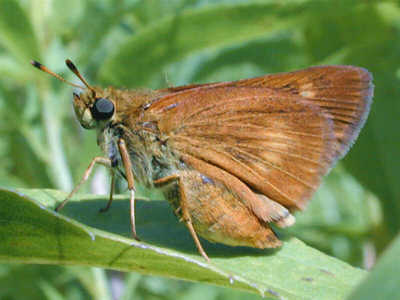 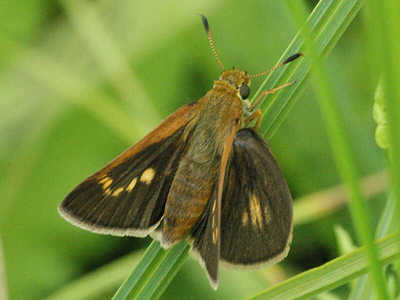 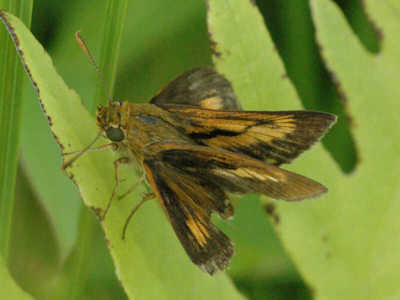 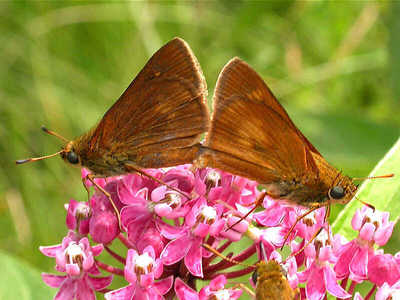 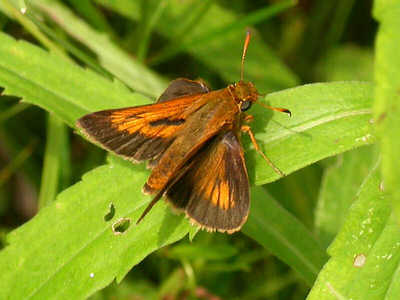 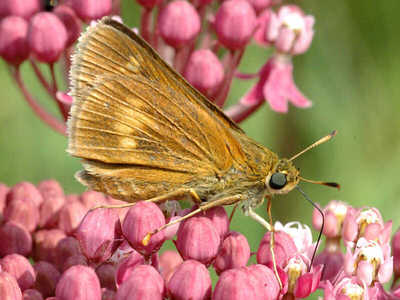