This is not a common skipper in most of Wisconsin. I have only seen this species at Sandhill Wildlife Area in Wood County and in the Necedah National Wildlife Refuge, less than 20 miles from Sandhill. I believe it is probably still present in marshes northeast of this area, but there have not been many observations in this area in July.

Below, this species has a bright orange head and orange on the leading edge of the wings that blends into a brownish gray color towards the trailing edge of the wing. The wing veins are somewhat prominent with a very clear white fringe along the inner margin, which is a distinctive characteristic.

Above, the male has an orange head and the orange color also diminishes farther away from the head. There is some variation in the amount of orange in the area of the stigma. Notice the difference in the two males in the last two photos.

This is a relatively distinctive skipper in Wisconsin, and should not be confused with any other Wisconsin skipper.

One flight. This species can usually be expected in late June and early July, and most often has a shorter flight period than the other wetland skippers.

In 2003, Ron Arnold and I saw 39 of this species at Sandhill Wildlife Area and I reported it on the NABA sightings page. I received several emails commenting on the amazing number of this species, as in the east it is an uncommon to see more than one or two of these individuals in a day. We saw these on a NABA count, and this was the record number of this species on any count in the nation up to that time. 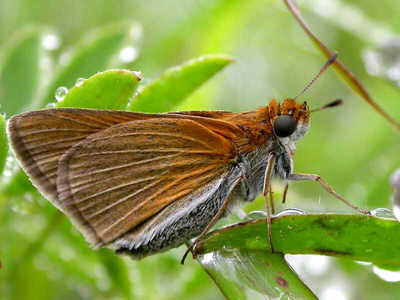 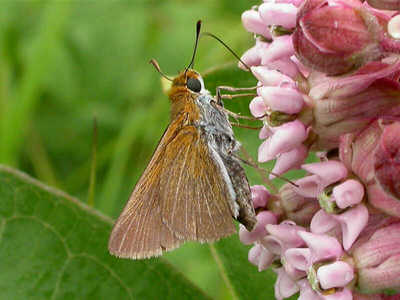 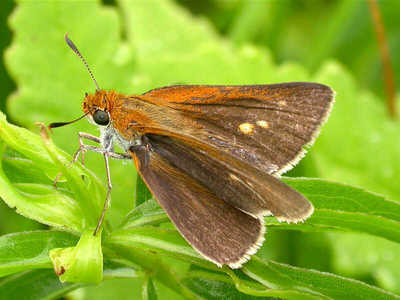 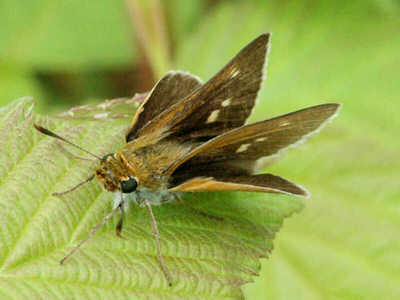 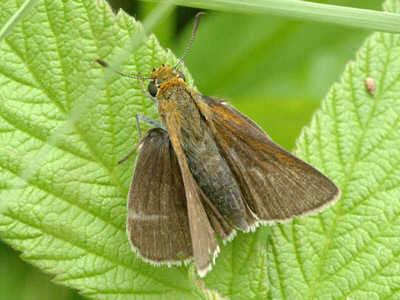 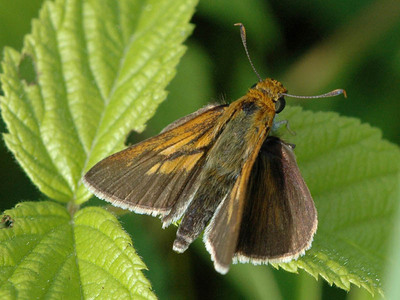