The Dun Skipper is one of the most common skippers in Wisconsin and is found throughout the state. It seems more common in the northern part of the state, where it becomes abundant after the European Skippers abundance has waned. I have seen hundreds of these skippers in small open areas or along roadsides in woodlands, where it can often be found nectaring on dogbane (Apocynum sp.) or milkweed.

Below, this skipper is mainly a black species with just a hint of a lighter spot band on the hindwing. Both the male and female are very dark from above. The male has a barely-visible stigma that blends in with the dark color of the wings, while the female usually has two very tiny light spots in the middle of the forewing. In good light and especially in fresh specimens the head of the Dun Skipper is golden brown.

Both male and female can be confused with dark females of the Northern Broken-Dash and male or female Little Glassywings, both of which are very dark skippers. If seen from below, in general the spot band of the Northern Broken-Dash is the most prominent, the Little Glassywing not as obvious and the Dun Skipper is very light to nonexistent, especially in worn individuals.

From above, the spots in the center of the wing of the female Dun Skipper are very tiny, with the Little Glassywing having much more prominent spots, both in the male and female, and the Northern Broken-Dashes spots being somewhat intermediate and also usually somewhat yellowish. In the Field Guide to The Skipper Butterflies of Illinois, the authors note that the Dun Skipper can be distinguished from these two skippers by the lack of middle tibia spines, both of which the others do have. This is very difficult to see in most of my photos, but it may be useful in some cases.

Found in a variety of habitats including open upland habitats, and may be found nectaring in wetland areas. This species is more common along woodland edges and trails through woodlands in the northern part of the state.

In Illinois this species is double-brooded in the southern part of the state and supposedly single-brooded in the northern part of the state. In 2007 five individuals of this species were seen at Hard Scrabble SNA on May 30, an extremely early date for this species in Wisconsin. Whether this was just an anomaly because of the warm spring or represents a first of two generations at this site is still to be determined. Nevertheless, this species normally has a single brood that may be found from late June through late August. In the Michigan Butterflies & Skippers, the early date is listed as June 23.

This species can become very abundant and hundreds of individuals are not uncommon. 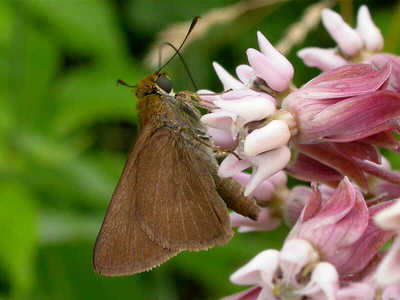 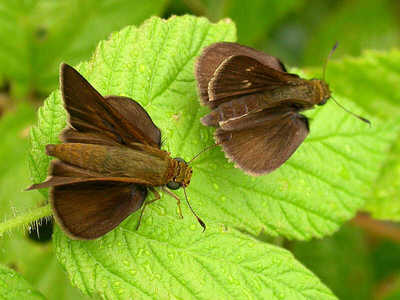 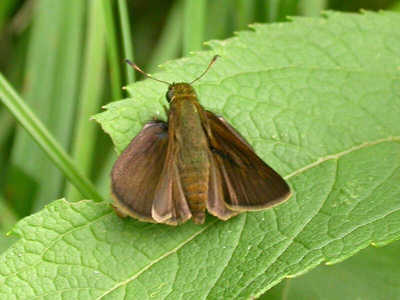 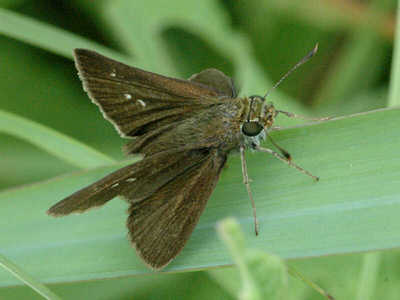 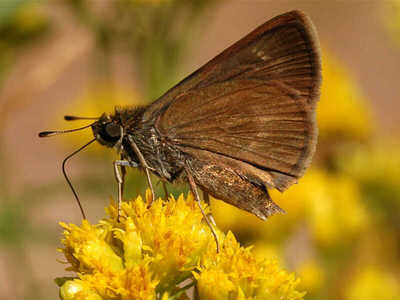