The Dusted Skipper is not a very common species in Wisconsin. In fact, in the 1970 Butterflies of Wisconsin, Ebner did not include this species. It has now only been reported from 11 counties, mostly in the western half of the state. This skipper is often seen in the same areas as the Cobweb Skipper.

Above, this skipper is dark brown, with three spots near the apex of the forewing and a couple of other white spots in the middle of the forewing. These spots are usually larger in the female. Below, it is a dark brown skipper with frosting on the edges of both wings. There are often, but not always, several scattered white spots on the hindwing.

From below, this species is somewhat similar to the Common Roadside-Skipper, which is also a dark skipper with frosting on trailing edges of the wings, but the Dusted Skipper often has several white spots and a white “eyebrow” above the eye which is distinctive. Above, both the male and the female could be mistaken for a Cobweb Skipper, but the Cobweb Skipper usually has some yellowish areas, while the Dusted Skipper is always dark.

Not common, but where it is found, twenty or more may be seen in a single day. 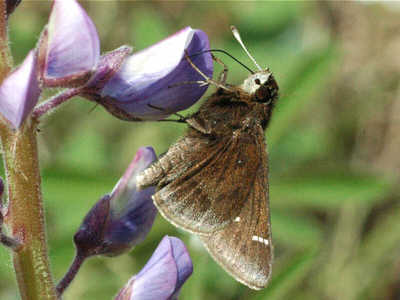 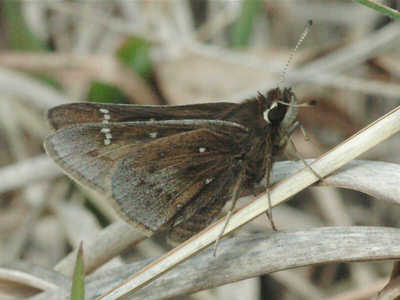 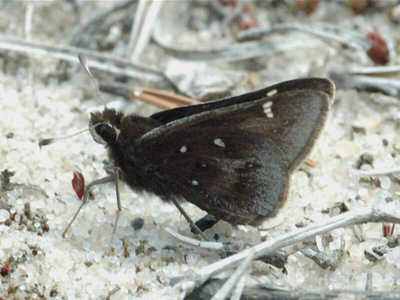 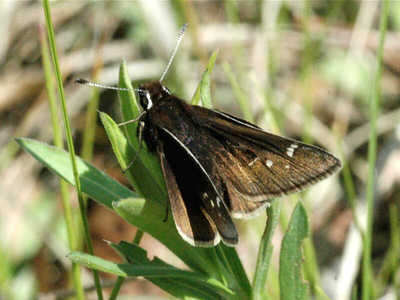 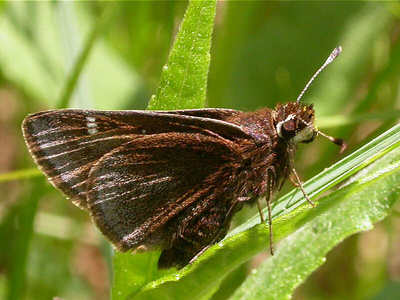