An early season woodland skipper that is often found flying with the Hobomok Skipper and the Arctic Skipper. I did not see this species until 2003, but I have seen it every year since and at numerous sites. Still, this skipper is not a common skipper in the state and it is a pleasant surprise to see it. In 2007 I saw nine along a single trail in Price County, the most I have ever seen in one day.

Below, it is a reddish-brown skipper with a gray dusting that obscures a light spot band and makes it appear somewhat white. The fringe is obviously checkered, especially on the forewing. Above, it has some gray scaling mainly near the wing margins, several white spots in the middle of the forewing, and three postmedian spots.

The Common Roadside-Skipper is a similarly sized skipper that might be flying at the same time and in the same area. This skipper does have a checkered fringe, but does not have the Pepper and Salt Skipper’s obvious white spots in the center of the upper forewing, and from below has frosting only on the trailing edges of the wings.

Mainly seen along trails through woodlands or woodland edges.

One brood from late May to late June.

An uncommon butterfly that is not usually found in large numbers. 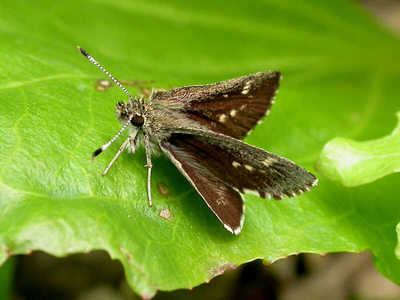 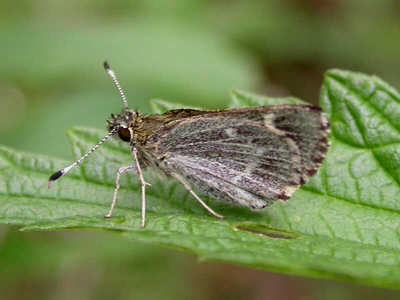 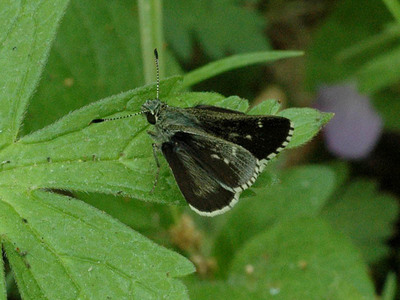