Despite its name, The Common Roadside-Skipper is not a common species in Wisconsin. Before I had ever seen this species, I had asked other butterfliers that had seen this species where I might expect to see it; they said along roadsides, which is, perhaps unsurprisingly, exactly where I found my first one.

Above, this species is a dark skipper with 3-4 spots in a row on the forewing margin and a few other light markings. The fringe on both wing margins is conspicuously checkered. Below, it is dark with a lighter violet sheen, especially on the outer margin of the hindwing. The forewing has 3-4 light spots.

The Dusted Skipper is somewhat similar, but it is a lighter brown with more white spots, especially on the hindwing below, and it has no obvious checkered fringe like the Common Roadside-Skipper. The Pepper and Salt Skipper does have checkered fringes, but is a lighter brown and has frosting over the entire hindwing below, and a white spot-band similar to the spot-band of the Cobweb Skipper, although it is somewhat obscure.

The Common Roadside-Skipper is double brooded and can be found from May until late August. In Butterflies through Binoculars: The East, Jeff Glassberg says the second brood is rare.

An uncommon species but sometimes fairly common in a small area. 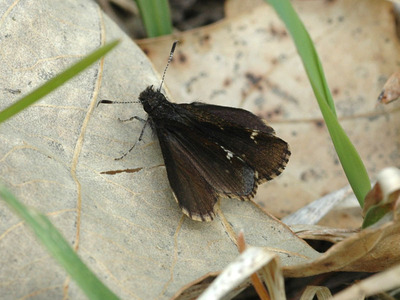 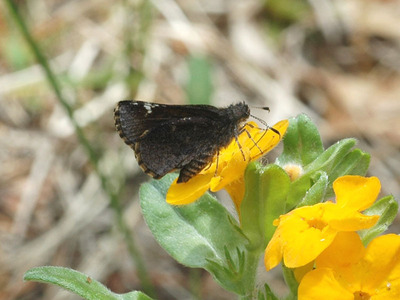 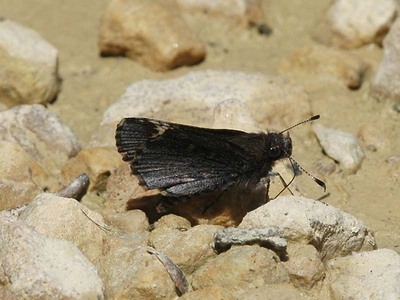 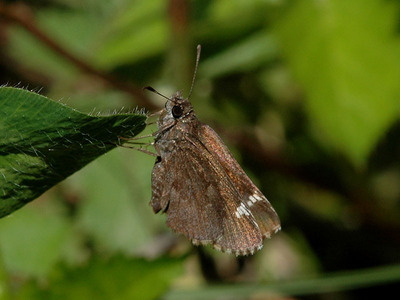 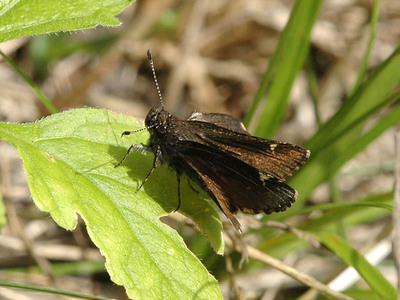 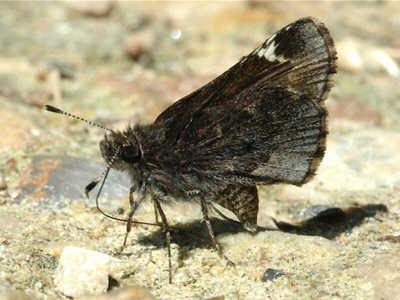