This skipper is a rare stray to Wisconsin. In 2007 Les Ferge, a longtime Wisconsin lepidoptera enthusiast, saw his first individual of this species in Wisconsin.

Above, this species is a dull brown with markings similar to that of the Pepper and Salt Skipper, with several white spots in the middle of the forewing and three small, postmedian spots. Below, this skipper is dusted with gray scales, and has no markings on the hindwing. The gray dusting varies considerably, and the pictured individual is at the extreme end with many of gray scales.

The Swarthy Skipper is another rare stray that could be confused with this species from below, but rarely has any spots on the upper wings. Both of these skippers would be considered extremely rare strays in Wisconsin.

This species has multiple broods in the south and occasionally migrates north, but rarely makes it to Wisconsin, and would be most likely to see in a garden nectaring late in the season.

A very rare stray in Wisconsin. 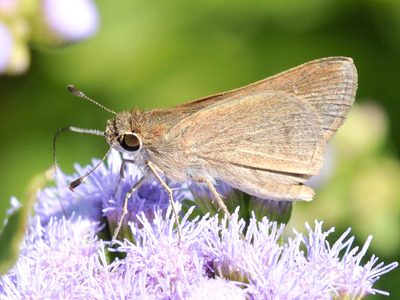 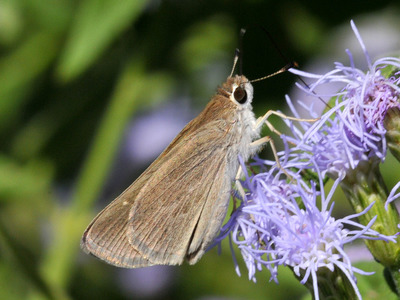 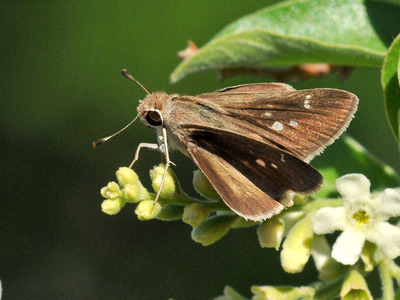 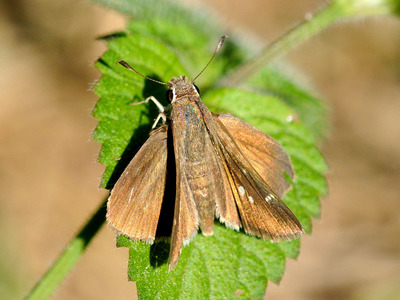 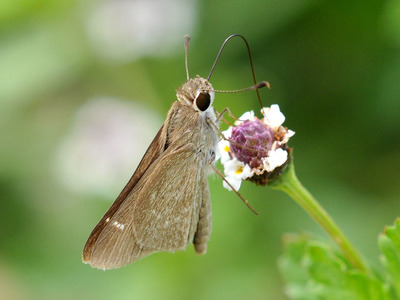