The Southern Dogface is considered a migrant in Wisconsin. It is mainly a southern species but should be looked for in the southern counties of the state in most years, as well as along the major rivers or along Lake Michigan, both of which seem to be favorite routes north for migrating or stray species. Ebner (1970) notes that this species may at times form colonies and reproduce in the state.

Above, this butterfly, which is slightly larger than the Clouded Sulphur, is yellow with a very distinctive black border, and has a pointed front wing. The yellow on the forewing forms what looks like a dog’s head, hence its common name. Below, the pointed shape of the front wing is evident. Late season individuals are often tinged with pink.

On the wing, this species could be mistaken for the Clouded Sulphur, but the shape of the wing, somewhat larger size, and the distinctive border distinguishes this species easily when it alights.

Reportedly may have two or more generations in Illinois; if this migrant species is able to enter the state early in the year, they may reproduce and have several broods, at least in the southern part of the state.

This species is not likely to be seen in large numbers in Wisconsin, and is usually seen singly. Although it is uncommon, it was reported in Wisconsin in half of the years during the period 2000-2009. 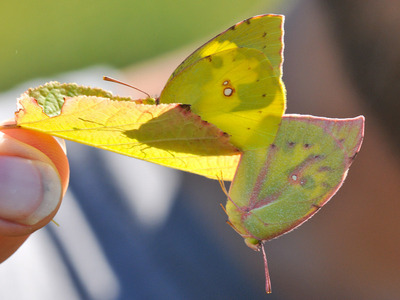 Mated pair, one summer form and one winter form 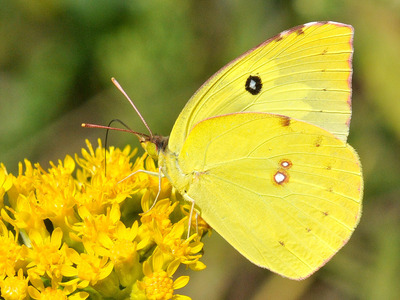 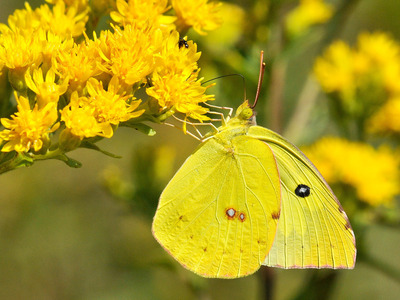 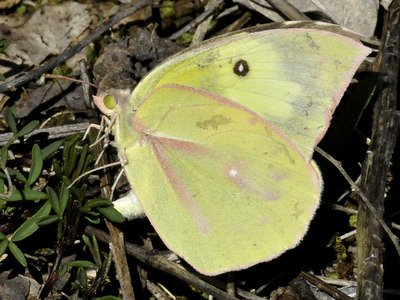 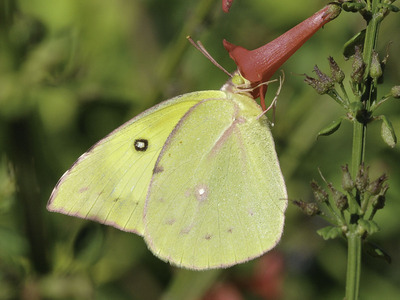 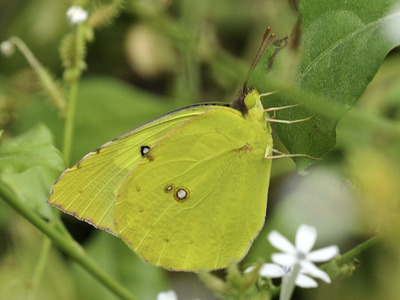 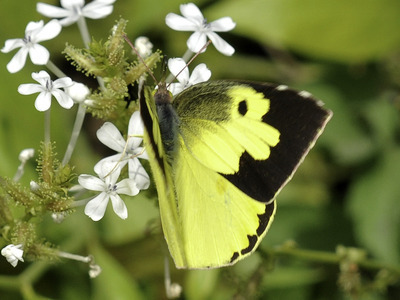