The Zebra Swallowtail is an uncommon stray in Wisconsin, and may be looked for in the southern counties. Its larval food is the Pawpaw (Asimina triloba), which is not native to Wisconsin. Notice the difference between the fresh individuals from North Carolina and the rather worn specimen, missing part of a tail, that I took in Florida.

Above: White with black stripes, triangular wings, and a long tail. The sexes are nearly alike. Below: Similar to the top but with a red stripe bordered by black on the hindwing.

This species should not be confused with any other Wisconsin butterfly.

Two generations in northern Illinois: early May and then June/July. Ebner (1970) states that the best time to look for them in Wisconsin is June and early July.

Rare. An unlikely stray in Wisconsin. 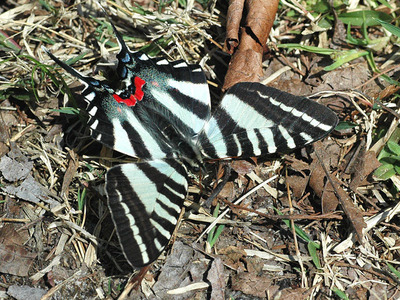 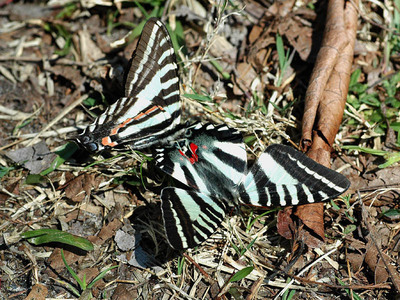 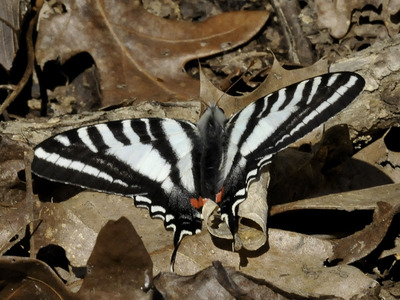 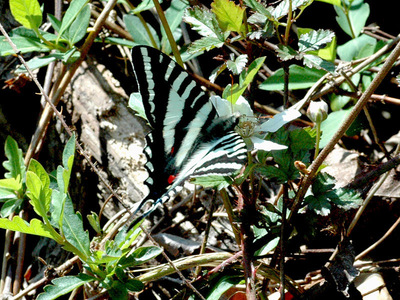 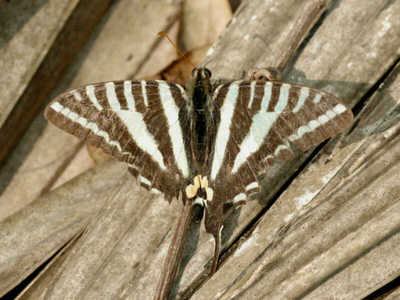