The Mexican Yellow is a rare stray to Wisconsin. In Ebner’s Butterflies of Wisconsin (1970), this species was listed as being captured only twice in Wisconsin, once in 1926 and again in 1958. Since then, it has been recorded from only two other counties.

Above, it is yellow to cream, less than two inches in wingspan, with a dark border that is similar to the border of the Southern Dogface but with the snout of the “dog” replaced by what resembles a beak. The hindwings of the Mexican Yellow come to a defined point, unlike all other Wisconsin Sulphurs. Below, the wings are mainly yellow, with a variable number of small scattered spots.

Unlike any of the other Wisconsin Sulphurs.

In the south this species is most likely to be found in arid areas.

Multiple broods in the southern states but not likely to breed in Wisconsin. 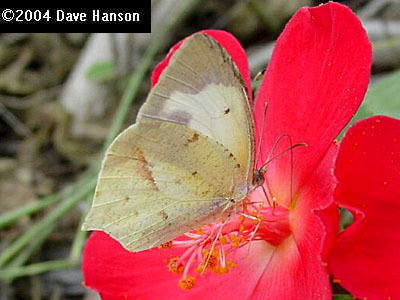 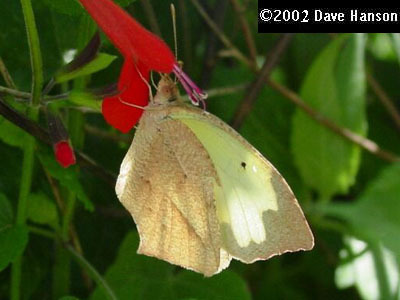 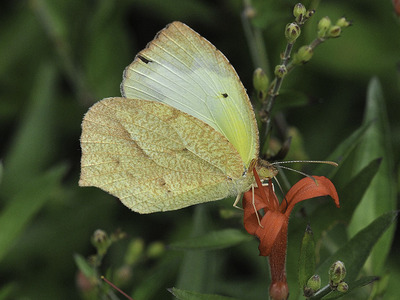