The Little Yellow is a common migrant species in Wisconsin. It is not likely that this butterfly can survive Wisconsin winters, and its population here is replenished each year from the southern states. Ebner states that it is possible that two broods will develop here in favorable years.

It has not been the easiest butterfly for me to observe. I have seen this butterfly in central Wisconsin several years and have attempted to photograph it. All the individuals I saw took off on a beeline for other areas, dancing calmly but surely away from me, never to be seen again.

In 2004, I was finally able to get a cooperative butterfly and got photos of a white female that was laying eggs on Partridge Pea. The next year, I was able to take the photo of the upper wings by focusing just above the ground and snapping a photo as a car went by, scaring the butterfly into flight. Needless to say, I tried this repeatedly before I got lucky!

In 2007 this species was seen at Avoca Wildlife Area, Iowa County in mid-June and in nine other counties in the state including Marinette County. In Iowa County there were at least two generations with the population increasing until over fifty were seen in September, and persisting until late October.

A small yellow Sulphur with a wingspan less than one and a half inches. It resembles a miniature Clouded Sulphur above, except for the black spot on the upper wing. Below, the wings are yellow with a few darker markings, with an orange spot present in the margin of the hindwing.

Due to its small size, this species should not be confused with any other Sulphur seen in Wisconsin.

Two and possibly three broods in Wisconsin. The first moves into Wisconsin from the south and in favorable years this species may reproduce and have several broods.

May become almost common in the southern counties, but much less common farther north. 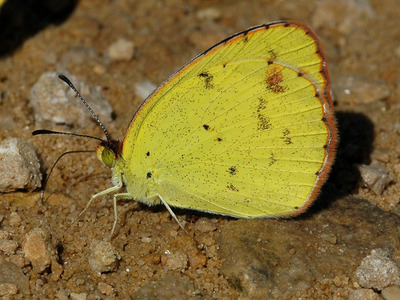 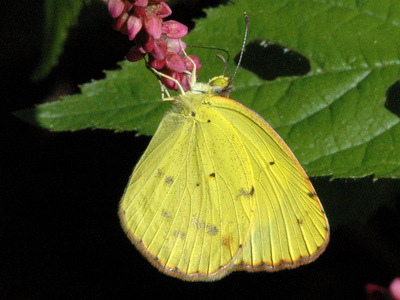 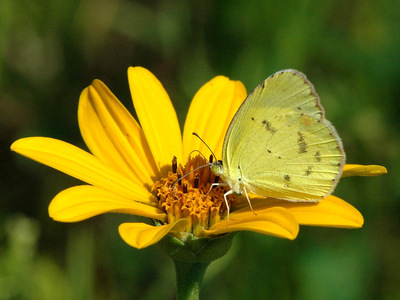 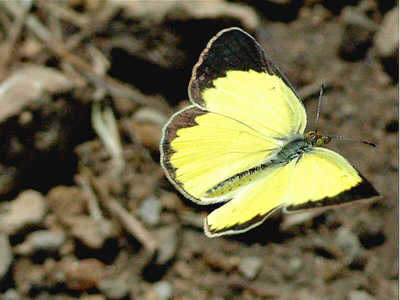 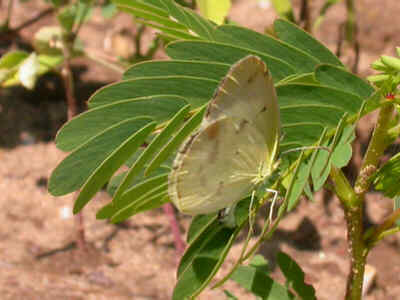