This butterfly is an occasional stray to Wisconsin. Like many of the other strays, the Sleepy Orange may occasionally form colonies under favorable conditions. Ebner relates information about a colony in Grant County that was observed over a ten-day period. In 2007 this species was found in Iowa County at Avoca Wildlife Area in June, had several generations, and was present into mid-October.

Wingspan of this species varies from one and a half to two and a quarter inches. Above it is yellowish orange with an irregular black border, similar to the Clouded Sulphur, but without the obvious round black spots on the front wing, and no round spots on the hindwing. Below this species is also a yellowish orange with a variety of spots, including a horizontal darker diagonal line near the middle of the hindwing.

Open areas, including old fields, prairie restorations, and roadsides where it host plants are found.

Two or three generations per year if individuals are able to enter the state early in the summer.

When a local population becomes established more than twenty individuals have been seen. 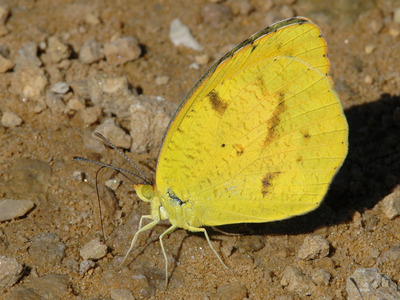 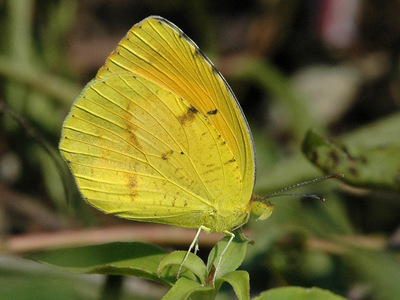 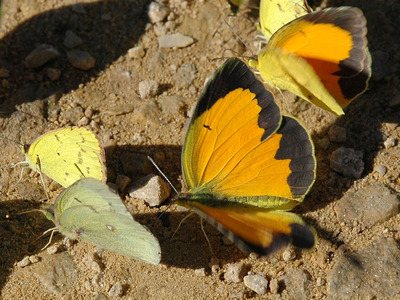 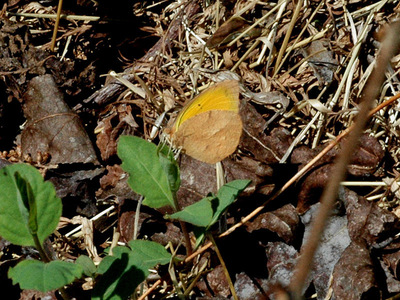