The Dainty Sulphur is an immigrant species that repopulates Wisconsin each year from populations from farther south. I have seen this species in Central Wisconsin in about half the years I have been observing.

It is the smallest of the Wisconsin Sulphur butterflies, with only the largest individuals having a wingspan of over an inch. In late August of 2005, I saw twelve individuals, which was more than I had seen previously in my whole life! In 2007 this species had a banner year in Wisconsin and it was present from June 12 through November 3 and with several sightings of over 50 individuals. However, in 2008 there were only three reported sightings of one individual each.

A small Sulphur, yellow above with a dark border on the front wing apex, similar to many of the other Sulphurs, and a dark bar on the trailing edge of the front wing. Below, the butterfly may be mostly yellow or a darker gray-green with some yellow showing, with noticeable black dots on the front wing.

Late summer into fall. Immigrant from farther south, but may breed in favorable years.

More common along the counties bordering the Wisconsin and Mississippi Rivers. 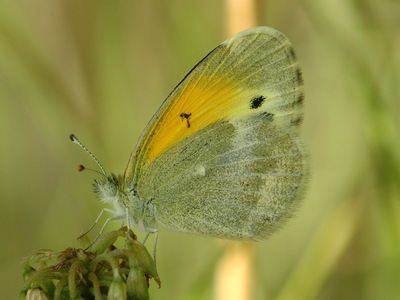 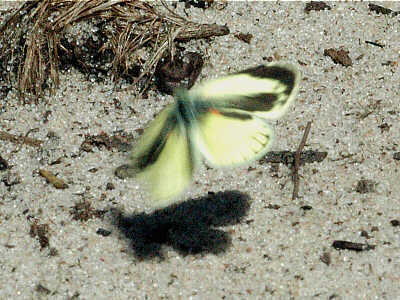 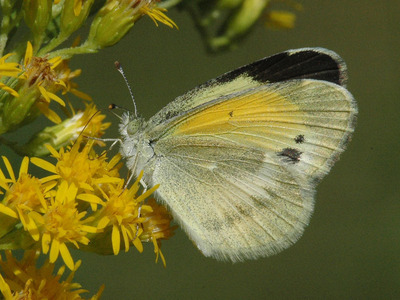 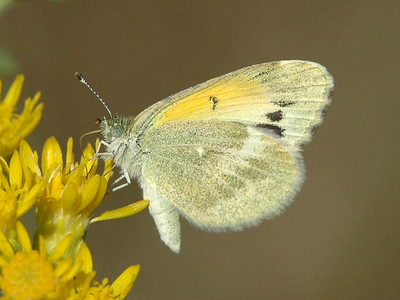 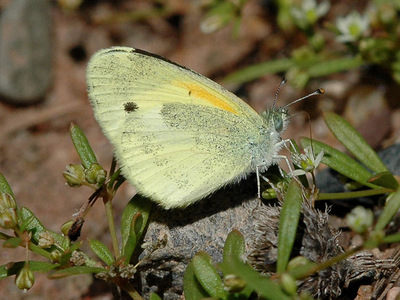