The Harvester is found almost entirely in woodland habitat. It is unique among butterflies in that its larvae are carnivorous and feed upon woolly aphids. Prior to 2005, I had seen this species only four times, all close to water, and the individuals were either sunning themselves or getting nutrients from scat.

A small butterfly with a wingspan up to 1.25 inches. The upper surface has mainly black margins and an orange interior, with black spots on the frontwing. Below, the Harvester has some orange on the front, but the hind wing is distinguished by the the reddish brown color and distinctive white-outlined markings.

Not likely to be confused with any other butterfly in Wisconsin.

The Harvester is triple-brooded in Wisconsin and can be found from May to late August.

More common in forested areas of the state; less common in the south. 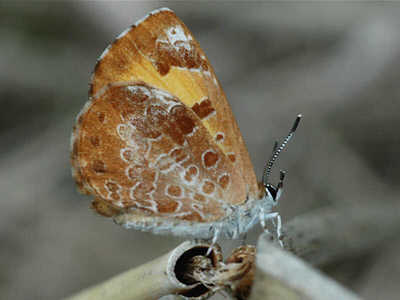 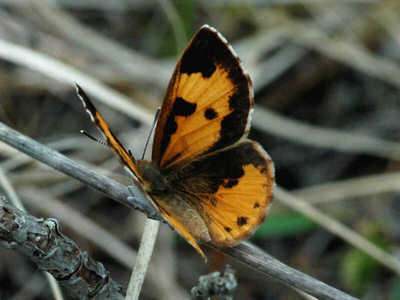 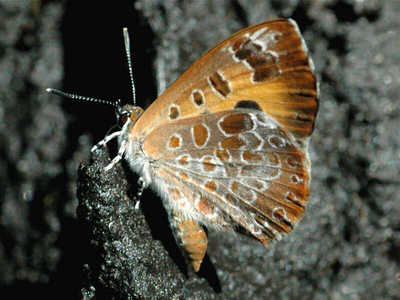