The American Copper flies a foot or two off the ground in rather quick sorties from one nectar source or perch to another. Being only an inch in wingspan, the American Copper would seem to be a seldom-observed species, but its colorful coppery wings give away its position.

Usually 3-4 broods per year, with the first occurring in late May or early June, and then lasting until October in some years

Found throughout most of the state, except possibly the far north. American Coppers may become quite abundant under the right conditions. 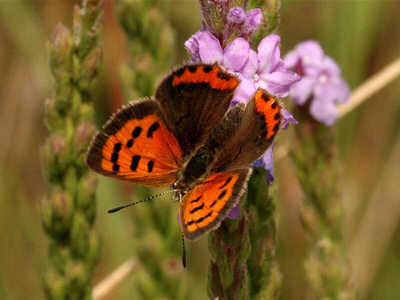 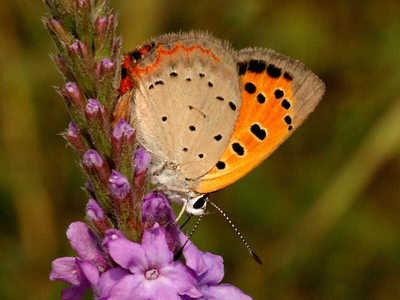 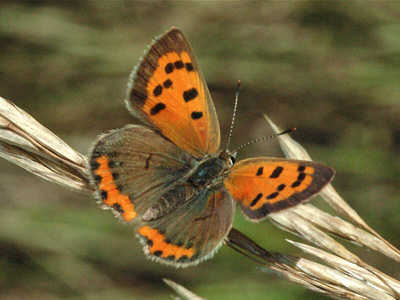 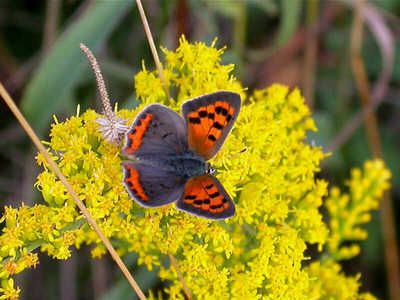