The Gray Copper is the largest Copper found in Wisconsin. It is found throughout the Great Plains and Wisconsin is at the eastern edge of its distribution. It should be looked for anywhere in the western part of the state.

The Bronze Copper is smaller, has a much wider orange band, and has an orange background on the front wing below.

Moist areas where its larval hostplants, Rumex sp., are found. It will feed on both native and nonnative species and is often found in a variety of habitats, including weedy ditches.

This species has only one brood and can be found in flight during July. 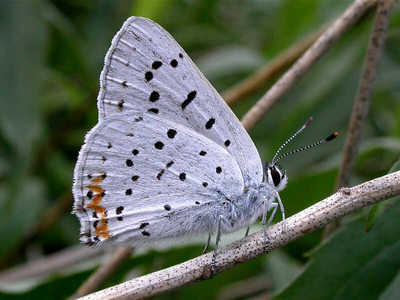 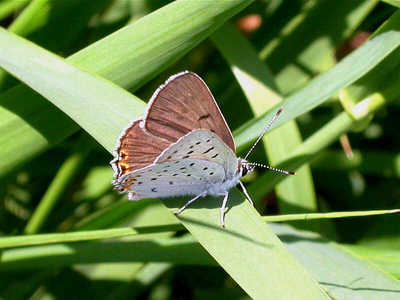 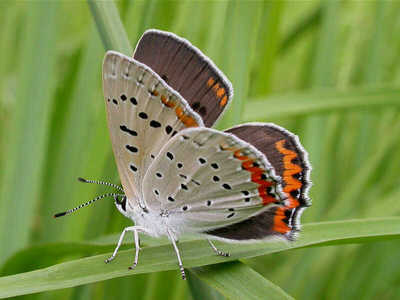